“ we are using art to enhance Ghana’s position on the global stage and to increase tourism.” Ghana’s First Lady, Rebecca Akufo-Addo

The spring has brought new bloom for African art currently being featured in Europe and the USA, with more to come in the summer months. For instance, Contemporary 1:54 art fair, one of the leading fairs for contemporary African art, had another successful run in the West Village of New York City. Leading galleries, including Cohan, joined other dealers at 1:54 who share a commitment to contemporary art out of Africa. Cohan presented works by artists Nigerian Yinka Shonibare MBE and our own Ethiopian Elias Sime, rising fast over the past five years. He was named “…two of the bigger current art stars with roots in Africa”, according to James Cohan. Elias is well known here at home for his “elaborate works made with materials like intertwined electrical wire and disembodied keyboard parts bearing random letters looked on from the walls …whose prices at 1-54 range from $100,000 to $150,000…” according to artnews.com. Cohan goes on to say, “We’ve since sold works to over 20 museums, and he’s got an exhibition touring the U.S. and Canada that starts in the fall.”
At the Venice Biennale, national pavilions from the continent are also attracting attention for those who wish to experience art from Egypt, Ghana, Côte d’Ivoire, Madagascar, Mozambique, Seychelles, South Africa and Zimbabwe. But it is Ghana, my ancestral home, that ones are watching as the West African nation and land of Pan African Kwame Nkrumah tosses its hat in the ring to become a “global art destination” according to artnet.com. Julia Halperin writes, “The West African country has made a splashy debut in the international art exhibition, which opened for previews yesterday (May 9). Its pavilion—a series of curved, interlocking chambers designed by architect David Adjaye—houses an all-star lineup, including new works by sculptor El Anatsui, video artist John Akomfrah, and painter Lynette Yiadom-Boakye. Nearly all of the art was commissioned especially for the occasion. At the inauguration yesterday—which was attended by Ghana’s First Lady, Rebecca Akufo-Addo—officials were unusually direct about their objective for the project: to enhance Ghana’s position on the global stage and to increase tourism. This is art as a tool for soft power—a diplomatic tactic that many countries across the globe have stepped away from as governments continue to slash arts funding.”
However it is Chicago or more specifically Bronzeville that will also be blessed, this summer, with art from Ethiopia. According to Illinois Institute of Technology, “Bronzeville, also known as the “Black Metropolis” and the “Black Belt,” is the center of African-American history on Chicago’s South Side, 10 minutes south of downtown. 1916 began the Great Migration when African Americans left the American South for Chicago with the promise of better jobs and reduced oppression. The reality, however, fell far short of this promise. African Americans were restricted to live in the Black Belt in white-owned housing that was largely dilapidated and densely populated yet more expensive than housing in white areas. Bronzeville’s residents toiled hard and cooperatively to establish a full-fledged community with business, culture, and community institutions that did not have the racial restrictions enforced in most parts of the city. Bronzeville’s institutions grew to have national influence rivaling and even exceeding those of New York’s Harlem.”
Bronzeville will welcome Merid Tafesse, the colorful and soft-spoken Ethiopian art prodigy, known as the King of Charcoal, realizing his vision of intriguing the world with his art, opening Stream of Consciousness II at Gallery Guichard on June 6th. The proud 6th gen direct descendant of King Sahle Selassie of the Imperial House of Solomon was born in Ethiopia in 1974 and raised in Addis Abeba by his well-travelled banker father, Tafese Damtew. Merid’s intellect and artistic trajectory were fed by his father’s extensive international book collection, a saving grace for the youth growing up under the Dergue. However it was his mother, Leilt Yilma that was Merid’s first entry into art, as the royal daughter would often draw with her first-born son for pleasure.
By 1994 the gifted but budding painter was accepted into the Addis Ababa University Alle School of Fine Art and Design (ASFAD) where his skill thrived alongside his social consciousness. Fueled by his blood ties to H.I.M. Emperor Haile Selassie I, the music of reggae icon Bob Marley and the prose of Kahlil Gibran and Oscar Wilde, Merid graduated in ‘98 and was immediately selected for a ’99 residency in Jerusalem. Since then the steadily rising humble painter has exhibited internationally and accepted special commissions such as the huge paintings displayed at the Red Terror Martyr’s Museum and urban wall mural at Coke Factory in Addis. His provocative charcoal on paper works are in the distinguished MOMA archives, submitted by anthropologist and curator, Mesekerem Assegued, who also helped launch Merid’s career in 2002 with Three Generations exhibition featuring founder of ASFAD, Allefelage Selam and Bahilu Bezabu at Sheraton Addis.
After Chicago, Merid is off to Kingston Jamaica, where he will be received by the Minister of Culture, Gender, Entertainment and Sport, Hon. Barbara “Babsy” Grange and will participate in LET’s TALKE ABOUT LOCKS Colloquium and Art exhibition at the Bob Marley Museum, based on his exceptional illustrations in the children’s book I LOVE LOCKS authored by yours truly.

NO SHORTAGE of AFRICAN QUEENS

AFRICANS RISE IN THE ARTS FOR THE PEOPLE

The fighter’s spirit: Commemorating the Adwa Victory 125 years on Victory... 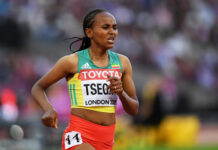