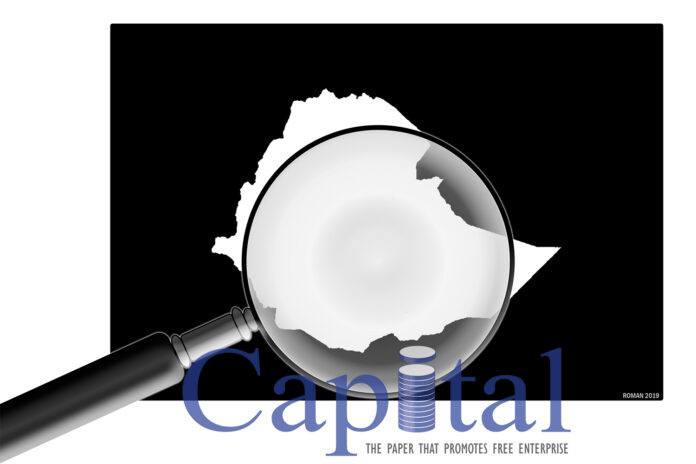 The last decade clarified a whole lot of things about the prevailing world order, including its globalization mantra. The ideology of neoliberalism, aggressively promoted by globally entrenched interests and which was/is deemed to be beneficial to all and sundry, proved to be only a gimmick to dispossess the already disfranchised, both in the north and global south. To be sure, globalization has always been a lopsided arrangement employed by the powerful to goad the gullible sheeple (human mass) into relentless immiserization. We can probably take the formal establishment of the WTO (World Trade Organization; Marrakesh, Morocco, 1995) as the apex of the prevailing globalization or as we never tire of calling it ‘polarizing globalization’; to genuinely reflect its very essence!
From the outset, the poorer countries of the world system did not have much of a say in the setting up of WTO. WTO and its binding rules were and still are anathema to ‘developmenatlism’, if we can still talk about such a thing. The protracted negotiations that took the better half the last century, under the various GATT Rounds (General Agreement on Trade and Tariff: Geneva Rounds, Tokyo Rounds, Kennedy Rounds, Uruguay Rounds, etc.,) were never meant to favor developing countries. If anything, they were meant to stifle alternative developmental trajectories. When the 3rd Ministerial of the WTO collapsed in Seattle, Washington in 1999, the global status quo was shocked to its core. The establishment assumed that all countries would go along, willy-nilly, with whatever is proposed by the core countries of the system, namely the rich countries of the OECD. Even at the very 1st Singapore Ministerial, WTO’s honchos tried to introduce critical issues that were beyond its presumed prerogatives (investment, government procurement, etc.) These, so-called Singapore issues, were intended to systemically undermine the policy making mechanisms of nation states. These issues were so intrusive they ended up being rejected even by some of the core countries of the system!
WTO bullying was so blatantly disruptive, the prediction was, it will not have much staying power. The ‘Battle of Seattle’, within the very womb of the system, came as a shocker to the privileged elites of the world system. In Seattle, African states, led and advised by committed activist intellectuals, in collaboration with some countries of the global south, literally stopped the globalization train on its track! A quarter of a century later, WTO has become as insignificant as League of Nations. Trump, by refusing to name judges to WTO’s appellate court has already signaled his stand vis-à-vis the WTO. To a large extent, his action has rendered WTO ineffective! If truth be told, WTO, as the so-called ruled based trading system is/was anything but. The whole intention of the WTO was to impose the rules of the powerful core countries onto the poor of the periphery. Naturally, such a regime cannot be sustained for long, but since banksters do not think ethically or even reasonably, they tend to push their agenda mercilessly and always behind the curtain!
Don’t forget; it is always the banks, mostly hidden from prying eyes that spearhead all economic activities in the world! All the phony capital decimating the environment as well as destroying the painstakingly institutionalized social compacts is, by and large, the direct/indirect actions of banks. Such evils are facilitated by a financial mechanism called ‘Fractional Reserve Banking’, which we have been incessantly incriminating as ‘the worst ‘non-violent’ crime of the millennium’, using the word ‘non-violent’ rather lightly! The WTO, along with its numerous regulations/rounds, etc., set up to enforce ‘rule based’ global trading regime is now in tatters. Frankly speaking, WTO will not be missed! See Walden Bello’s article next column. Today it is not only the poor of the world, but the sheeple of the rich countries as well that is fighting back against the various unfair regimes, economic or otherwise, imposed by the criminally inclined global elites!
At the end of the day, it is the truncated globalization of late modernity that is at the root of almost all problems the world is witnessing today. When there is free movement of capital, while the other main ‘factor of production’, namely labor, is confined within the boundary of its nation-state, polarization is the inevitable outcome. In today’s globalization, capital has been let loose and is quite free to roam around the world looking for cheap production locales, while human labor is restricted to its domicile. Capital gets the reward, while labor gets the short end of the stick. This is the root cause of polarizing globalization and that is why the movement against it is not only based in the countries of the poor, but also in the countries of the rich. In the poor countries the freely roaming capital extracts its surplus and expatriates it to tax free jurisdictions/tax heavens, mostly via a corporate trick known as ‘internal transfer pricing’. The big companies like ‘Apple’, ‘Google’, ‘Microsoft’, etc. hardly pay taxes, anywhere! On the other hand, labor, within the rich countries can no longer negotiate with such flitting mobile capital, as it can always pack and move somewhere looking for cheap labor! As a result the working stiff within the rich started to lose ground, hence; Brexit, Trumpism, the Yellow Vests (and the new additions), etc. All these are symptoms of a globalization gone wrong; very, very, wrong! See the articles on pages 86, 93 & 94.
The rise of China, despite or because of WTO, proved difficult for the old metropolitan powers to come to terms with, to say the least. Today, trade wars between ascending and declining powers, is the rage. On the part of empire, various pretexts are being concocted to keep the old lopsided regime going, while resistance (from within and without) is mounting. Let’s hope the old revolutionary’s axiom will not come to pass. “Fascism is capitalism in decline.” Vladimir Lenin. Good Day!