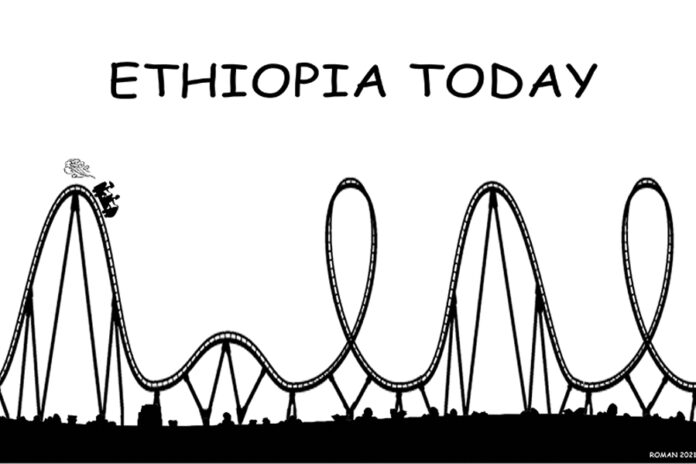 When we say ‘readying’, we do not mean ‘grooming’, ‘training’, etc. We will leave the execution of these latter ones to the current global system that is bent on brainwashing the youth all the way to zombie-stan! The primary and universal problem of the prevailing world order is its irrational fixation on unsustainable growth and excessive consumption. To implement its objectives, the system requires (amongst other things) regular supply of unthinking drones sprinkled with some thinking ones so that the manipulation of nature can go on unabated. Bringing up inquisitive/critical youth with enough capacity and confidence to interrogate our suicidal collective trajectory is certainly not the desire of this destructive system!
The current global system is, without a doubt, the most destructive concoction the walking ape has ever devised in its short sojourn on the blue planet! There are plenty of reasons why we keep on saying this. First, we are exhausting non- renewable resources as if there is no tomorrow. Second, we are callously destroying life and the ecosystems that have been sustaining life for eons. Thirdly, we are changing/affecting the composition of the atmosphere, oceans, polar icecaps, (climate change), etc. and don’t seem to worry about it. Every day from two hundred to three hundred species go extinct, thanks to the geological era we now call the anthropocene! Our youth is shielded from knowing the honest truth about all such happenings because of massive indoctrination and palliatives to numb their critical faculties. The global power that be has set up institutions to make sure posterity will remain slave of the existing destructive order. Unless the global youth wakes up from its slumber and starts to question the ways of the status quo, even the dominant species itself will not have much time left!
The word ‘readying’ is meant to convey the need to prepare oneself for all eventualities. Whether we like it or not, ‘unintended consequences’ will dominate our current and future existence, as we have massively disturbed natural phenomenon, without appreciating the inherent interconnectedness of all things on the planet, if not the universe! Therefore, the least we can do is anticipate potential consequences. Some will definitely be in the form of ‘unintended consequences’. The growth narrative is one such animal whose consequences will not be pleasant. How is it possible to have a non-stop economic growth, (propelled by cheap fossil oil) on a finite planet? There are also other unintended consequences, mostly of societal nature haunting inquiring minds, but we will not go over them today. The relative comfort modernity brought about has costs that are humongous, if we take into consideration the matter of externalization. If we take into account the massive costs due to soil erosion, ocean acidification, air pollution, species extinction, etc., modernity itself might not well be desirable!
When the human collectives/social systems are determined to stifle justifiable inquiries, changes, not always peaceful, will become inevitable. In Southern Europe; namely Greece, Spain and now Italy, the youth has started to become active in traditional politics. The old parties in these countries were kicked out of power by new populist movements, effectively spearheaded by the youth. Increasingly, the youth in these countries is articulating its positions in regards to economics (austerity) and politics (immigration) outside of establishment logic, i.e., independent of the status quo. These spreading moves of the youth have started to rattle global dominant interests and they have started to take their own actions. The ‘Arab Spring’ had to be subdued, as it was threatening powerful global interests. Some component of the youth, particularly in the OECD (rich countries), has also adopted the strategy of systemically dropping out from it all. Granted, the youth might not be wise in the ways of the world and also lacks viable ideology that can galvanize all of humanity towards a more sustainable and equitable global arrangement. But this is understandable, especially as it has not yet liberated itself from the prevailing logic of the greed system.
As it stands, establishment thinking, which is geared to rewarding stupidity and greed, while punishing wisdom and experience, still holds sway all over the world. Unlike the old days however, many promising youth have started to engage in all sorts of alternatives. Naturally, there will be many false starts, before convincing and viable ideologies take over the imagination of the youth, leading it to a more resilient, balanced democratic order. To some extent, the changes we are witnessing in the arena of politics in Ethiopia, to say nothing about visibly shifting polity is a reflection of this new and bold orientation of the majority of the population in the country (30% is less than 30 years old)! In our case, the youth was pushed to challenge the existing order, as comprehensive corruption (injustice, etc.) became the modus operandi of the state. Ethiopia’s ‘Mafia State’, the powerful state behind the formally elected one, became the de facto ruling class of our so-called ‘developmentalist’ state. Going forward, the important thing for the youth to do is; become more independent in thoughts, actions and reflections, with a view to institute new forms of collective societal existence, based on transparency, equity, democracy, sustainability and resilience. Liberation from the grips of the status quo should remain paramount!