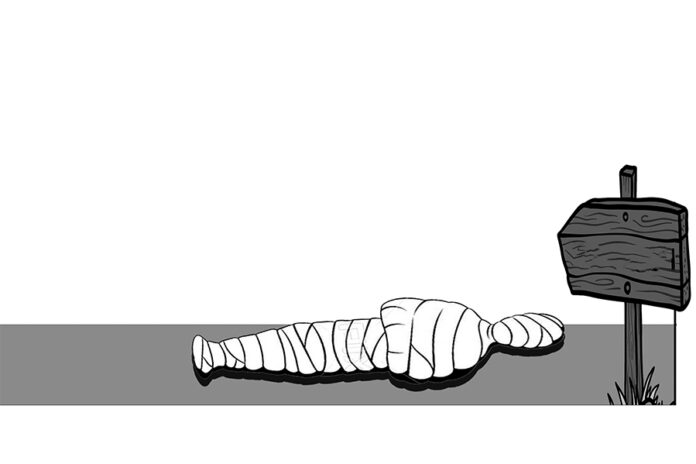 Not all is well in the human world. Certain universal values widely shared by the global sheeple and which helped maintain relative peace, decorum, civility, etc., are being destroyed by entrenched interests in the pursuit of ephemeral monetary objectives. What were once critical pillars supporting collective social existence have become mere tools to be used and abused by these callous and demented souls. At the outset of 21st century, killings by all and sundry are increasingly condoned, especially if executed by the powerful. As usual, the youth are the main human tools in this sad endeavor. Angry young people are easily enticed and incited to joining ongoing killing spree conducted by states and non-state actors! Justifications for the various violent activities taking place all over the world vary from place to place, but the centrality of the killing meme remains literally unquestioned!
The Middle East was the most violent region on earth, where both state and non–state actors are fighting it out to gain/retain state power as well as territories. The west has literally declared war on several nations of the Middle East. Few years ago a well-placed general of NATO explicitly stated that NATO/US ‘will knock out Syria, Iraq, Libya, Yemen and Iran.’ So far, NATO has managed to do just that, in one form or another, save Iran. The West’ involvement in the region, on behalf of the ruling class (rulers of the oil kingdoms) and global oligarchs, has managed to radicalize a good portion of the Arab youth that is now eagerly fighting to install an Islamist State, from West Africa to the Far East! In the process, innocent victims are losing their lives and livelihoods. Many are forced to move to areas where they have no familiarity, geographically or culturally. We believe one day the youth of the region will come to its senses and will ask the pertinent questions-why are we killing each other and why should we have such continuous chaos and wars in the Middle East?
Even in the rich West, the youth is becoming restless as it realizes that the good times are already gone. In all likelihood, it will not be able to have the kind of livelihood its parents had. In the US, where the political space is too narrow to vent out frustrations on the account of this and other happenings, a number of the youth is engaging in actions that are extremely dangerous to peaceful co-existence. Disgruntled youth shoot and kill many because of sickening reasons/excuses, like depression on the account of war trauma, exclusion on the account of race, business failures, relationship failures, etc., etc. To be sure, it is always the youth that is at the forefront of almost all direct actions destined to convincingly express dissatisfaction! The collective rage that is being lashed out on the innocent, we believe, must be redirected against the life destroying system that is behind the chaos in the human and natural world. For such a revolutionary movement to come about, however, frank and deep analysis on the ongoing global system is a precondition. The numbing and dumbing narratives of the status quo (educational institutions, media, etc.) seem to serve only as useless alibis to the whole destructive charade! Outside the box reflections can equip the frustrated youth with potent intellectual tools that can be leveraged in the debate/deliberation about the collapsing modern world system and its potential replacement/s.
Unlike before, the diktat of global dominant interests is being interrogated by the sheeple. The modern world system has been very bad to these non-remunerated enslaved workers. Some of the countries in Africa are going through difficult times, Ethiopia not excepted!
Even here situation is becoming protracted. If truth be told, the government in power committed a number of obvious mistakes. Mediocrity and corruption under the cover of equitable representation has done a lot of damage to the bureaucratic integrity of the Ethiopian state, which was once the envy of black Africa. Grand political corruption coupled with narrow-minded approach to problem solving gradually led to the disfranchisement of many; the ongoing unrest everywhere in the country are mere manifestations. Politicized justice greased by outright bribery drastically diminished trust on the judiciary. Such systemic ills perpetrated against competence and integrity have taken their tolls. To those power hungry psychopaths who were so thick as to listen to our repeated forewarnings, we can only say; ‘short-termism’ will always, always, have grave consequences!