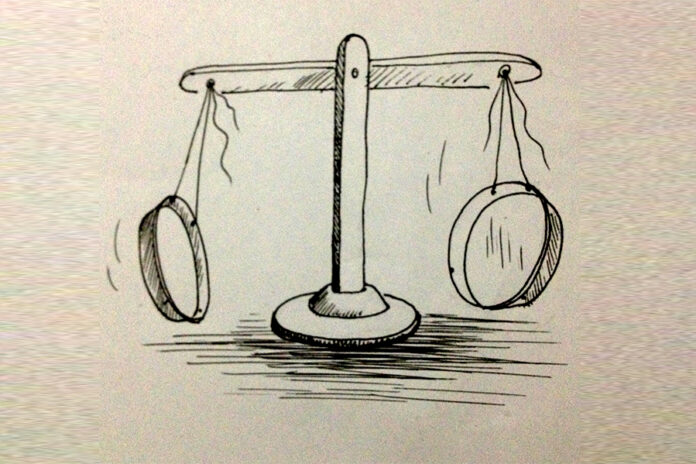 A while back this column decided to label media outlets that substantively depend on either the state or the private sector as ‘paid media’. The reasoning: All private media (considering them as regular businesses) depend on advertisers/sponsors to remain viable. No adverts, no business! Here we are not talking about media outlets that are mere subsidiaries of monopoly capital under the auspices of various corporations. For example, the ‘Washington Post’ falls into this category; it is no more a freestanding media enterprise operating on its own principles, rather it is a mere media/propaganda arm of Amazon. The notion of ‘fake news’ is essentially derived from such unhealthy tie-ups (or complete subordination) between media companies and giant multinational corporations. Many of the state-run media, even though they are publicly funded (to a large extent), also depend on revenues generated from commercial interests/advertisements; hence the collective name, ‘paid media’!
The state media’s objectives include, amongst other things, the conveyance of positive propaganda about the state and its on going operations. To this end, the state media is systemically leveraged to push ideologies/beliefs favored by the current incumbents of the power that be, thus influencing the sheeple (human mass) in ways that are not warranted by the prevailing democratic dispensations on the ground! We need not go in depth about this aspect of state media, as we already have plenty of experience here in Africa. The important thing to note is: even the most powerful countries of the world system seriously leverage their state media platforms for propaganda purposes. VOA, DW (Deutsche Welle), BBC, etc., serve, first and foremost, as outlets to their respective states. Admittedly, the poorer countries of the world do not have much of a say in world affairs. They are usually instructed to endorse the positions/views of global dominant interests, even in their own local media, particularly in regards to economic policies. This is a clear case of the workings of polarizing globalization in the weak and compromised states of the periphery. As a friend says; ‘poverty is a socio-economic disease generated by the inequality that rich nations celebrate and poor nations imitate.’ How many of us know about the genocide that is taking place right now in Yemen? Why is the world’s sheeple not allowed to be aware of such aggressions? To expect impartiality on the part of the state media, in regards to such important issues is really naïve, to say the least!
Theoretically, the pronounced objective of the various media outlets of the world system is to convey information and analysis to the general public, based on facts and the whole truths. But this is easily said than done! By and large, what is conveyed by the global media (small or big), is not necessarily facts and truth, but rather tinted or even distorted information that directly/indirectly pushes the interests/views of payers/sponsors! For instance, if a particular incident/topic is deemed to undermine the interest of monopoly capital and its multifarious tentacles, which prevail all over the globe, the news will either be slighted or completely dropped off from significant coverage. It is this unhealthy dependence on advertisers that make the whole global media, at best, suspect. The old saying applies; ‘whoever pays the fiddler gets to choose the tune’! Unless there is a clear disconnect between the payers and their interests on one hand, and the conveyors of news, information, analysis, views, etc.; society will remain perennial victim of gross misinformation. ‘If you don’t read the newspapers, you are uninformed. If you read the newspaper, you are misinformed.’ (Mark Twain) Take your pick!
The main motive behind private media is to make money as well as become influential in the affairs of countries, a clear case of power craving! As making money from traditional media businesses become difficult, mostly due to modern informatics (Internet, etc.), the objectives of private media as well as that of the states’ are bound to coincide. Herein lies a grave danger! What are the alternatives? We propose the following. If countries like ours are to have an independent media, at the service of their people, they need to change the way people think about the whole idea of the media itself. Media has not, is not, and probably will not be an independent entity, rhetoric aside. It either supports/airs the views of the state, capital or the sheeple (or some combination thereof). One has to choose whom to serve amongst the above. Our version of a desired media is an independent/community owned media. It has to be a non-state, non-profit entity fully funded by fees levied on all forms of advertisement (billboards, radio, print, TV, etc.) After all, it is the sheeple that is always condemned to suffer from all the non-sense spewed out by the bamboozling commercial propaganda of stupefying modernity!
The governance of independent media (an important aspect of the whole scheme) should be by kosher members of civil society. Moreover, democratic processes must form the pillars of its operations, because “Conscience is that still, small voice that is sometimes too loud for comfort.” Bert Murray. Good Day!