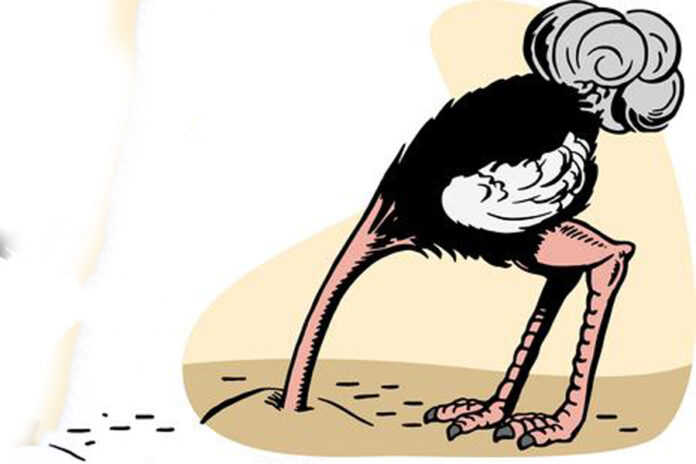 Whether we accept it or not, ecological even geological change, primarily induced by Homo sapiens has become an accelerating phenomenon, according to science, real science, not the fake one actively promoted by entrenched interests of the global order! The current geologic era that is being shaped by humans has been given the name Anthropocene. The various so-called ‘conferences on climate change’, besides being half-hearted, are also unrealistic in their desired outcomes. For example, establishment knowledge predicts global temperature rise will remain below 2 degrees by the end of the century. Temperature has already gone up by more than 1 degree so far. Unless we drastically change our ways, global temperature should rise by not less than 5 degrees at the end of this century. This is the prediction of science based on realistic assumptions, not hallucination!
All the noise from the global establishment about containing temperature rise under 2 degrees is a pipedream. Even if we stop using fossil fuel today and immediately restrain from all our major activities that produce ‘green house gases’, the prognosis still doesn’t look good! Moreover, with issues like climate change or ocean acidification or accelerated extinction of species, etc., etc. predictions cannot be based on simple linear extrapolation. If anything, the whole dynamics of nature is and will remain non-linear, making it difficult, if not impossible, to precisely predict the future, even the very near future. Therefore, all forecasting is inherently rife with protracted complexities! Looking at the last five years alone, we see that each succeeding year managed to break the previous high (of global temperature), still global establishment is not worried! Amongst other things, rise in global temperature is probably the single most contributor to creating powerful hurricanes and typhoons over the oceans of the planet! Since Hurricane Katrina the world has witnessed frequent devastations caused by hurricanes and typhoons, to say nothing about tsunamis.
It is mostly human avarice that is behind all of the major problems the planet is facing today. For instance, the single worst industrial disaster in the history of the world is the Fukushima nuclear accident. When a tsunami created by a powerful earthquake hit the Japanese islands, the flawed nuclear power plant was not up to the task. To this day, the world doesn’t know how to control, let alone stop, the radiation (from the accident) that is still spreading across the oceans/air. Instead, hiding problems behind phony narratives is the preferred choice of global dominant interests. The Japanese government has made it a crime to talk about Fukushima in an honest manner. The whole global nuclear cabal is behind this strategy. When the accident occurred all the nuclear regulatory commissions/agencies of the world classified it below level 7! We said baloney, and took the initiative by immediately declaring it to be the worse nuclear power accident ever, (now vindicated) much worse than Chernobyl, which was conveniently assigned level 7! To be honest, Fukushima is a league on its own. It packed six nuclear reactors with plenty of spent fuel stored in the same reactor buildings, needing non-stop water flaw to keep the whole process cool. Unfortunately and most likely, there will be many more nuclear accidents that will take place in the near future, for the simple reason (amongst many others) that many nuclear power plants are built nearby lakes, rivers, sea, oceans, etc. to take advantage of available water, critical to maintain low temperatures across the plant; mainly in the reactor, piping system, and in the pools that contain the unprocessed spent fuel, conveniently but dangerously stored within the actively operating reactor halls! As global water levels rise, for various reasons, the chance of nuclear power plants being inundated becomes higher by the day! Again there is no serious discussion about such grave life and death matters in our global institutions! Sadly, denying reality has become the modus operandi of our collapsing world system.
“I fear the day that technology will surpass our human interaction. The world will have a generation of idiots.” Albert Einstein. Good Day!