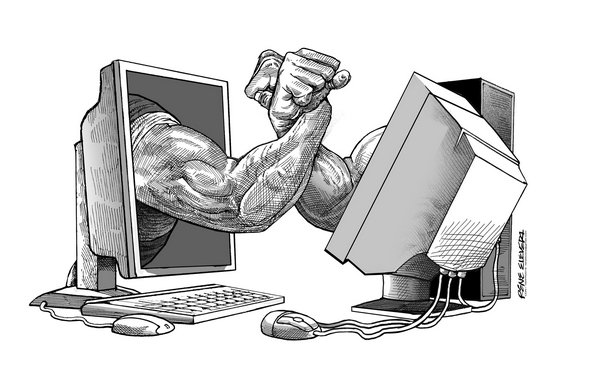 Global elites, who have been the real beneficiaries of the prevailing modern world system, are in the throes of losing it; big time and all over! In other words, the formally established global order that disproportionately benefitted the upper strata/elites of societies, and we mean all formally organized societies, i.e., all countries without exception, has entered a more advanced phase of collapse! By elites we don’t only mean the top honchos/echelons of a given society. Here is our lazy definition: elites are human creatures that tend to run things in a given society, by virtue of their wealth, knowledge or power. Whether such features/attributes are acquired naturally, legally or morally, is beside the point. Moreover and by and large, elites are endowed with certain psychological dispositions that are not always in tune with the interests of the general sheeple. Number wise, they are and have always been very few, compared to the larger population. Hence and democratically speaking, the regime of the ‘elites’ is a non-democratic order; and it is this order that is now on trial, globally!
No wonder this privileged fellowship, which we can comfortably call ‘elitism’, is now scared out of its wits! Billionaire were heard toying around with the idea of buying unpopulated enclaves to escape to; from uncontrollable global situations! One cannot blame them; what else do they know besides buying and selling? To this .01% of the elite grouping, life/society (with all its complexities) is not a precarious happenstance (fruit of the cosmos) that needs to be preserved by all means. Whatever brings superficial/temporal benefit (profit, etc.) to their mortal selfish selves is what they consider sacrosanct. To these dimwits, everything else is dispensable, be it human life or otherwise! When it comes to understanding nature, particularly human lives, their cognitive capacity is significantly underdeveloped, to say the least!
The sheeple’s better articulators initiated a worldwide movement of movements, with the objective of continuously deliberating on pressing real human/natural problems (not superficial and demented ones of the psychopathic elites) in the city of Porto Alegre, Brazil. Since its formation in 2001, the World Social Forum (WSF) has been trying to eschew hierarchy and elitism, while attempting to institutionalize democratic egalitarianism and diversity, both within its ranks as well as the larger global human community! In other words, WSF is trying to make the above values scale invariant!
Be that as it may, the impending collapse of the world system, which has become quite palpable recently, has not yet managed to change the minds of the reigning global elites. They still think their incompetent institutions, backed by a bankrupt and dangerous ideology will save the day. We beg to differ! As the articulators of the ‘world system analysis’ have been insisting all along, the modern world system has now entered, rather decisively, its final bifurcating phase and the ultimate outcome of the whole looming chaos is hard to discern.
Nonetheless, there are clear tendencies by incumbent contenders. On one hand, the dominant entrenched interests are trying to tighten the screw on the global beast. On the other hand, the beast’s increasing rampage has started to storm existing institutions, and render their worst operating dogmas inoperative. The European beast (in a more determined manner) is showing clear signs that it is no more willing to follow the elites and their ways to oblivion. It is increasingly finding the elite’s inherent craze about wars (destruction of human lives and the natural world) particularly abhorrent! Something has to give. As we stated above, what actually would give, is something we cannot foretell a priori!
The African reigning entrenched interests, whose privileges were mostly acquired via political ploy, are increasingly feeling the heat/rumblings of their own angry beasts. In some of these places, the earth has shaken under the elite’s soft fat feet.
In Africa, the loss of faith in the system has been transposed and personified as mere perpetual misrule of reining politicians. Again we beg to differ, but we will not elaborate on that today!
Like their compatriots in the OECD (rich world), the African honchos don’t seem to get either. They still think (it seems) they can run the whole circus, (bread & entertainment) ad infinitum, without facing consequences! We have been warning our dear leaders to step up to the real demands of their people (justice, equity, democracy, etc.) and not get carried away with all kinds of stupidities that have not even worked in the world of the rich.