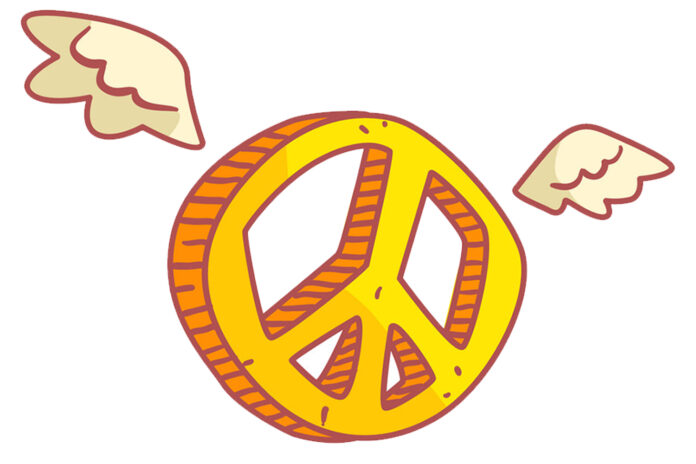 Cementing peace in a given society is a subtle time-consuming (generational) collective effort. First and foremost, the desired peace must be anchored, preferably and in principle, by a legitimate and credible state, not only by temporal government of the day. Peace also requires deeply entrenched shared values and vision, (on the part of the sheeple=human mass) for its resilient sustenance. In addition, the art of balancing day-to-day incongruences need to be honed regularly on a cumulative basis, again, by all and sundry! When anyone of the above is weakened peace cannot be guaranteed. Unfortunately, the psychopathic leaders of our world system (not only the slimy politicos) don’t seem to understand the very worrying developments in today’s chaotic world!
Crying foul, every time instability flares up is not a mature way of handling problems, especially when the reasons behind popular revolts are palpably obvious. The tiring rants continuously employed by the status quo will not make headways unless accompanied by tangible efforts to address the prevailing comprehensive mal-governance. Peace and harmony do not come easy; they have to be earned the hard way, particularly in diverse nations. Imposing a view/policy not shared by a meaningful majority is bound to have its own latent problems, sooner than later. Failing to predict potential reactions to imposed strategies is one of the major shortcomings of the globally reigning status quo, invariably spearheaded by the political establishment. Whether we like it or not, many of our African nation states currently find themselves in such quandaries, Ethiopia not excluded. One would think these leaders would finally listen to the sheeple’s agony; but no, no, no. Suffices to recall the time-honored axiom; ‘those whom the Gods want to destroy, first they make mad’!
Amongst the core problems we Africans face, enduring peace stands out as the most critical, even the poverty we always hark on comes second to peace, after all one has to be around even to suffer poverty! When our capacity to manage the diversity we are blessed with lags behind popular expectation, outsiders with ulterior motives move in to capitalize on the situation. ‘Divide and rule’ is not an empty slogan. Today, just like a century ago, there are many outside forces already positioning themselves on the continent. Africa is, once again, ready for the grabbing, compliment of our shortsighted and corrupt leaders of post-independence!
Admitted or not, ‘Scramble for Africa Round II’ is fully underway, cynically exploiting new scenarios on the ground. Responsibility to Protect (R2P), i.e., to protect citizens from their own governments (Libya, Syria, etc.) is the new established pretext for intervention. Don’t be fooled; disturbed peace entices malice!
‘It is our turn to eat’ (a book about Kenyan elections) is the underlying philosophy behind many of the so-called democratically contested African political elections. The not so subtle objective of this statement is not to institute good governance or to secure the future for all, but rather to settle score at the expense of the gullible sheeple. Pathetic! In this case, state power is conceived as a mere tool for criminal accumulation. Without convincingly resolving such distorted conception of power, Africa will not have a promising future, useless rhetoric aside. We repeat; such orientations can never forge peace amongst the diverse peoples of the various nation states of the continent. The futile project to impose peace and harmony, superficially from above, is not only untenable, but is actually hypocritical, if not out rightly farcical. Our political leaders should realize that it is only wars they are capable of legislating, not peace! ‘State of Emergency’ (declared or otherwise) is low intensity warfare employed by the state against the rising violence directed towards it (organized or not.) In both cases, we are not talking about peace at all, even though the respective protagonists claim; ‘once they are through with their ‘just wars’, peace will prevail.’
Be that at it may, we don’t believe peace can be fully realized only by decree, government’s or otherwise. The main prerequisite for enduring peace and harmony in any nation is the institutionalization of unadulterated justice and democracy! Peace, particularly an internal one, (within a nation state) can come about once these values are securely established (not only formally and vacuously), honored as well as internalized by the gullible sheeple. “Peace is not just the absence of conflict but also the presence of justice, for in our world’s history, peace has never prevailed where justice was absent.”
Good Day!