It seems polarization is increasing within each nation state of the world system. In the world of the rich, this has become quite pronounced, as can be witnessed in the countries of Western Europe. In those core countries where economic wellbeing is gradually receding, conditions for harmonious collective existence are deteriorating. In the early years of this 21st century, Empire’s position in the world system is also weaning. Brexit and the future of the UK might well become one of the most important happenstances in this generalized decline of the west. The United Kingdom, alias the ‘British Empire’ (of the 19th century) seems to be on its way to becoming the ‘Disunited Kingdom’ of inconsequential significance. Polarization within the current hegemon/USA is also in the ascendance. The behavior of its ruling elites has also taken a twist towards the comical and is becoming quite the entertainment! See the articles on page 46.
The components of the current global polarization in play include, not only the familiar culprits of economics and politics, but also the increasingly dangerous one of culture! Obsessive cultural essence, the rhetoric goes, is delineated by the words ‘us’ and ‘them’! Obviously, the ‘them’ connotes otherness. The word preferred by the Americans is ‘aliens’! Be that as it may, these two words are not used interchangeably, by no means. The world of alienation is not completely detached from the world of ‘aliens’. The dangerous outcomes arising from the notions of ‘us’ and ‘them’ are obvious. Late modernity is playing with this social fire and consequences can be unforgiving!
From the vantage point of learned analysis, one can describe the “Yellow Vests’ movement of France as trying to challenge comprehensive polarization. The movement wants to redress more than mere economic grievances. The unspoken hidden truth is; the French activists are demanding good governance via ‘direct democracy’! Electoral democracy, they reckon, has outlasted its stay. Elected officials, almost invariably, renegade on their campaign promises once they are in office. They are quick to engage in activities that have been neither mandated nor warranted by the populous. These officials, in collaboration with the unelected bureaucracy, can decide to wage wars or implement economic policies detrimental to the welfare of the people. This, the ‘Yellow Vests’ reckon, is an abrogation of the critical element of democracy! Brexit, to some extent, is the manifestation of such sentiment by the forgotten deplorable, to use a word coined by the privileged politicos. By and large, ‘Trumpism’ is also a repudiation of old politics as played by traditional politicos!
In the world of the poor, polarization between the haves and the have-nots continues to create disturbances in modern existence. Failing to satisfy the basic necessities of organized life, the politicos of the poor seem to have resorted to the externalization of their shortcomings on to others and otherness. This tendency is already giving rise to the more dangerous element of cultural polarization! In the global south, particularly on the continent of South America, where situations tend to be more topsy-turvy than anywhere else, including Africa, conditions seem to have dangerously deteriorated. Ecuador, after going through turbo neoliberalism in a very short period of time is now in chaos. Rioters, demanding the ouster of the government, are now in charge of the uprising. Brazil’s hard right government, pathetically posed to fulfill the interests of dominant transnational capital is throwing people in jail so that they cannot run for elections. The former president Lula is one such victim. See the article next column. In South America economic, political and cultural polarization has increased since the progressives ‘socialists were overthrown by the machination of entrenched interests. Venezuela is suffering the massive sanctions imposed on it by empire. By empire we usually mean the triad; the USA, EU and Japan. Nonetheless, Venezuela is trying to hold its own, despite the various blatant aggressions and subtle offensives targeting it! Like Cuba, and unlike the likes of Brazil, Argentina, etc., the notion of sovereignty, independence and self worth seems to have taken a more deeper root.
“The problem isn’t so much that we are driven into a state of fear. When you’re being driven to extinction by sociopathic oligarchs, it is natural to have some survival bells ringing. The problem is that we’re manipulated into directing our fear at everyone except those responsible.” Caitlin Johnstone. Good Day! 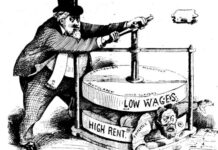 Watergate Hotel to re-open as Olympia 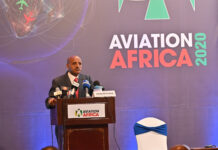