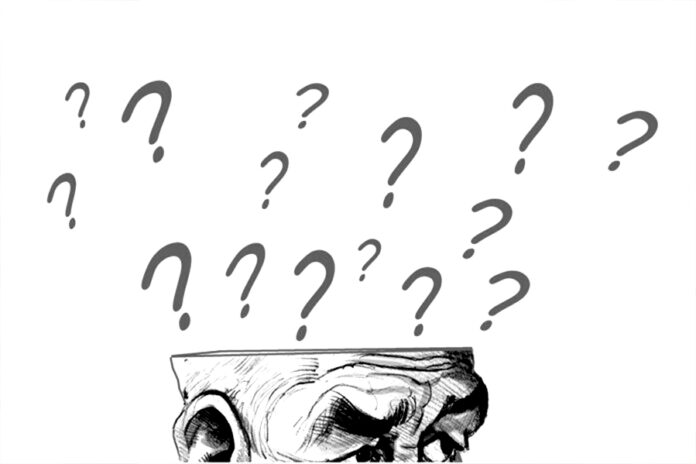 In a world dominated by adroit selfishness and deft manipulations of relations, social or otherwise, gullibility can be fatal. Unfortunately, we Africans don’t seem to grasp the imposed cruel reality that continues to play havoc in our collective lives. Flag independence didn’t bring much, as a more nuanced scheme that goes by the name neocolonialism, soon usurped collective thoughts and actions. Thanks to the numbing educational systems adopted in the early days of our independence (by our gullible leadership), our innate criticality was made to systemically vanish from serious discourse, giving way to the highly celebrated zombification of learned idiocy. All in all, our increasingly valueless societies have become clueless about all and sundry. Herein lies the grave danger to our very survival!
THINK. Critical thinking is one of the essentials of life. To be without it, particularly in the complex societies of out time, is to beg for chaos and destruction. Undermining this important facet of life (by almost all African countries) has allowed useless/unsustainable schemes to take over our existence, collective or otherwise. To be able to deconstruct the modern world system that is built on our continual impoverishment and chaos requires high caliber efforts. Internalizing the principles of the prevailing world order without being able to analyze its consequences will not take us far. To start with, the reigning global system is based on the irrational and brutal domination of both man and nature! The results of callous exploitation of life and life support systems are now clearly upon us and collective humanity is becoming acutely aware of this destruction. Hence, blindly following the dominant system is a non-starter. Not surprisingly, our learned zombies, or what we affectionately call our ‘Ivy Idiots’ and our ‘belly thinkers’ do not have what it takes to bring about transformative changes to our miserable situation. Neocolonial modernity, be it of the neoliberalism type or otherwise, is a dead end. Flogging a dead horse only results in the unsightly broadcasting of carcass and nothing more, so to speak. Africa must resort to its organic intellectuals, supported by its impoverished sheeple (human mass) to bring about genuine emancipation, per force! Here we are talking about an overall emancipation. An emancipation that is in a symbiotic relationship with nature, hence, necessarily spiritual!
ORGANIZE. People oriented organizations must be the new agents of societal transformations. Oligarchs worshipping at the pillar of accumulation cannot and will not bring fundamental changes, however much our compromised states preach about the ‘superhuman virtues’ these vultures. There is a whole lot to be learned from the experience of late & early 21th century ‘Oligarch Russia’. Organizations to transform society from what it is to what it ought to be must rely, first and foremost, on the emancipated sheeple and not on inhuman capital. The working stiff, not only traditional labor, but also the enlightened component of the massive peasantry, entrepreneurs (social, etc.), activist intellectuals and the likes should play leading roles. Africa’s once leading parties/entities that were vanguards of the liberation struggle are going the way of the Dodo, literally speaking! From ANC to EPRDF, from MPLA to ZANU/ZAPU, etc. these once progressive entities have failed to understand and cope with the aspiration of their sheeple, within the dynamically changing world. Their obsession to deeply get incorporated in the prevailing polarizing globalization has resulted in alienating their human base. These rudderless parties of old, with increasingly phony pretensions, have become only subservient to the global parasitic system and its criminally inclined oligarchs. It is time for change in the way the African people are organized!
Africans need to set up genuine movements that are aware of Africa’s predicaments in the existing world system. The ‘make believe’ world of our learned idiots is passé. Blindly following the prescriptions of global dominant interests will only lead, at best, to impotency. After all, why should the African natives remain completely subjected to the whims of monopoly capital and its stealing oligarchs in cahoots with degenerate politicos at the service of polarizing globalization? We encourage the committed and kosher old guards, if they still have some energy left in them, to split from the visibly degenerated polity of their institutions and join the putative insurrections that are now in the offing. The youth must start its own independent analysis of what is brewing, with a view to channel its energy to the urgently needed transformation!
TRANSFORM. Transformation, continental or otherwise, needs the above two as preconditions, i.e., thinking and organizing. Without having these two prerequisites in place, Africa will only move from one blind alley to another. Economic depravation cannot be mitigated by mere obedience to the reigning diktat, reinforced by current neoliberalism. Capital investment, promoted by state-led principals of emerging states or by corporate-owned states of the old core countries, will not be sustainable if devoid of equity and empowerment! Moreover, climate change and other natural pestilences (to say nothing about man-made ones to come) that will be more pronounced in the years to come, promising a journey of misery and unmitigated poverty, require new paradigms of societal arrangements. The coming African liberation will require a determined approach that has yet to come to the fore, even in countries like Ethiopia, where the tradition of fighting injustice was once an honorable undertaking!

With return to peace, Somali children look to the future with...