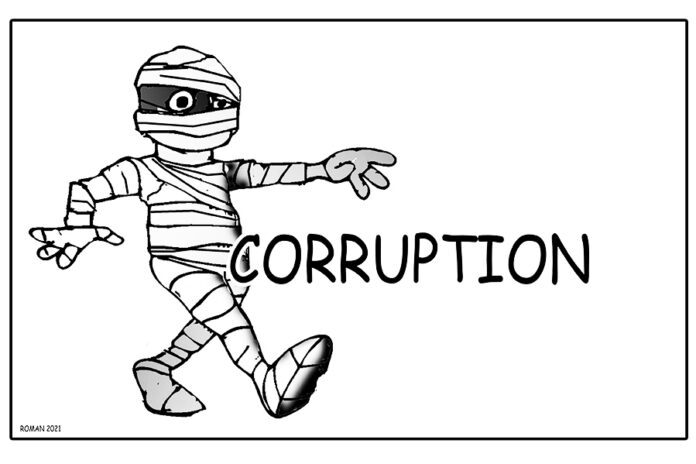 Totalitarianism has become a fact of life in the whole of the human world. By ‘totalitarianism’ we mean the effective domination of the human being in almost all of its worldly endeavors. This is done mostly by institutions of hyper modernity, usually at the service of bona fide psychopaths. The techno-sphere has also facilitated the whole scheme of totalitarianism. Modern informatics, for example, has severely undermined the supposed freedom of the global sheeple (human mass). In many of the ‘undeveloped’ countries (at least it used to be) where the penetration of technology is shallow, ruling elites had to resort to brute force to subjugate the sheeple. In other words, it is mostly physical ‘terror’ they have at their disposal. The industrially advanced countries, on the other hand, effectively control, indoctrinate and brainwash their populations by leveraging technology!
At the level of the individual sheeple, we now have convenient gadgets that also double as surveillance equipment. Mobile phones, lap/desk tops, TV sets, credit cards, etc., along with the Internet, are powerful tools to shadow and ultimately control the ‘will’ of the sheeple, so to speak. Even cars are now planted with microchips, to locate their whereabouts (required in many of the industrialized countries). Moreover, their control system can be ‘hijacked’ or interfered with from afar! The new Internet based corporations, such as ‘Facebook’, ‘Google’, ‘Netflix’, etc., have also become quite proficient in the surveillance business. Many of these corporations extend, rather willingly, their services to the all-powerful states, run by the usual power hungry control freaks! Today almost everything that we do using the Internet and mobile telephony end up being stored in the servers of corporations and the intelligence agencies of the powerful and not so powerful states.
At the level of organizations/institutions, the industrially advanced countries have developed finely tuned monitoring capacities. Political parties and states have become adept at rigging elections. Some countries genuinely interested in democratic elections are gradually moving away from these defective systems to systems that are literally intervention proof. It is said the recent Russian election has used ‘blockchain’ technology in the voting process. Venezuela, despite continuous condemnation by empire, has one of the best voting systems in the world, according to the former president of the United States of America, Jimmy Carter! The old schemes of flooding countries with NGOs (non governmental organizations) to do all sorts of surveillance/espionages, etc., (mostly on behalf of the intelligence agencies of empire) have become costly and cumbersome. As a result, modern informatics is replacing them. Even though ‘false flags’ have been around for a long time, technology is helping to execute some of the newer versions. For example, false flags proclaiming chemical poisoning/gas attacks are being used to justify bombardments in countries where empire has interests. Unfortunately, Syria is now on the firing lane! In today’s world, conferences, summits, etc., can be bugged rather easily. Rumor has it; the AU headquarter here in Addis is so bugged that even the small island nation of the Maldives has its listening/video devices safely tucked in all the critical places. This might not be only in jest!
Private entities like corporations, who have always been interested in business espionages, are using all kinds of modern gadgets to further their profit-driven interests. To this end, hotel rooms, business centers, corporate headquarters, etc., are routinely bugged for intelligence gathering. Who did what in a hotel room is no more a private affair. For instance, the current US president is facing one such problem arising from his liaisons with the ladies (long before he became president)! Almost all intelligence agencies of the advanced industrial countries know what an individual does at work, at home or anywhere else. All information are stored and ready to be used at the discretion of the deep state, thanks to the Internet and various modern gadgetry!
Nonetheless, this ‘1984’ (book by George Orwell) nightmare in which we find ourselves, is being challenged by the feeble, but undying spirit of ‘free’ humanity! There are some encouraging signs. In the world of information dissemination, the old institutions are being thrown out, literally, and are being replaced by alternative media. Wikileaks, The Intercept, anti-media, anti-war, etc., etc., are some such entities. In the world of finance, the new tools of crypto-currencies are threatening the old established fraud that goes by the name ‘fractional reserve banking’ (where money is created out of thin air) and its apex institutions of ‘central banks’! Non-transparency and extreme centralization, which led to the ascendancy of the ‘deep state’ is the backbone of the modern world’s financial system. Here is our definition: deep state = the military-intelligence-industrial-banking-media-complex. Interestingly, many analysts are finally coming close to our definition of the ‘deep state’ in a rather roundabout ways. See Johnstone’s and Durden’s article on page 51. Perhaps we should have pedantically developed this concept to earn a Ph. D from one of the mills instead of lamenting about our pathetic ph. d (phony doctorate), but we digressed! ‘Dropping out’, mostly from the consumer world, is another of the initiative that is trying to derail the existing suffocating and unsustainable system. This approach is expected to be one of the more effective ones in delegitimizing the prevailing totalizing totalitarianism!
“Behind the ostensible government sits enthroned an invisible government, owing no allegiance and acknowledging no responsibility to the people.” Theodore Roosevelt, 26th President of the United States (1901-1909). Good Day!

IMF enhances its catastrophe containment and relief trust to fight against...