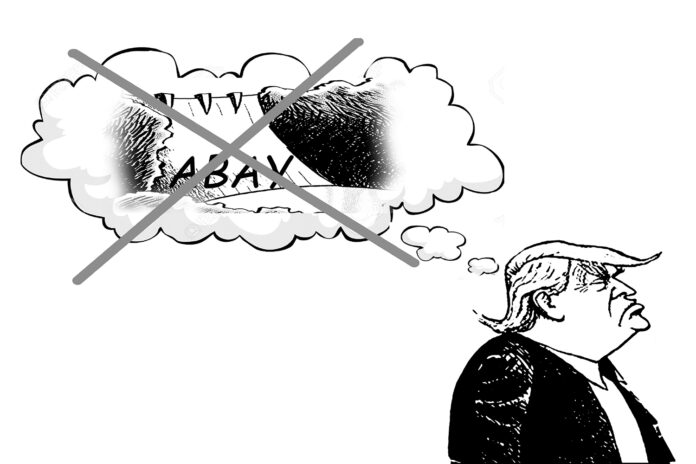 The last two centuries of human ‘progress’ was very much predicated on the availability, accessibility, transportability, and convenience of cheap energy. The humble energy that transformed collective human existence was and still is, oil. Without fossil energy, modern societies would not have been able to exist. Even mere survival, against the elements, would still have remained an unrelenting exhausting battle! Around 1880, hydropower was introduced. Soon thereafter other energy sources also came to the fore, but none of them satisfy all of the above criteria. Since everything on the planet is finite, oil is also facing the issue of depletion. New oil finds are only about 15% of the oil we are burning on a yearly basis, even this 15% might not always be easily accessible! See the article of Gail on page 37. Gail Tverberg is one of the foremost authorities on ‘peak oil’.

It is clear that fossil fuel is not renewable, at least not within the time frame of modern planetary life. In the case of oil, ‘unsustainability’ (from the point of human consumption) has been reached, i.e., we burn much more on a yearly basis than we are discovering. Moreover, the new oil deposits seem to require more and more energy for their very extraction. For example, ‘Fracking’, is an expensive affair that consumes plenty of energy. It is essentially sustained by various subsidies. Zero-interest rate, government support (not only financial), externalization of costs (creating environmental disasters), etc. Do not be fooled; capitalism doesn’t take into account anything outside the scope of immediate financial returns. That is why fulfilling long-term societal needs (environmental sustainability, etc.) demand the aggressive intervention of the anti-market or what was once called the state (Karl Polanyi). However, today’s states are nothing more than extensions of the ‘invisible hand’ and are not deeply concerned about protecting life and the planet’s ecosystem! Be that as it may, the global sheeple, (human mass) which is considered a mere beast of consumption (by the ruling parasitic elites) is reaching its limit of gluttonous intake, mostly due to dwindling income. The well-coordinated inflationary regime of the global order, as pursued by nation-states, has made the life of both, the working & non-working stiff, literally unbearable. As we have been saying ad nauseam, the prevailing inflationary regime will have consequences. The time of reckoning is probably upon us now!

For the states that overly depend on fossil fuel, the current market price of oil is too low to cover their annual recurrent budgets. As a result, they are selling sovereign bonds/debts to keep the whole charade going. Oil companies also reckon; unless the market price of oil moves to the upside, they won’t be able to continue as going concerns. Here we are not only talking about oil companies engaged in the fracking process, but also those in the traditional oil extraction business. Our world system is manifesting some of the paradoxes of late capitalist modernity. Dwindling non-renewable resource is becoming cheap because demand is shrinking, while production costs keep on increasing. Somehow something has to yield! Let us consider the case of Dubai. Dubai is a paradise on sand. It has the highest per capita energy consumption in the world. For that matter, all the oil kingdoms consume plenty of energy. Without oil these countries can easily revert back to being, for the most part, high-rise sand dunes. Nonetheless, to sustain their unsustainable predicaments, all kinds of economic gimmicks have been instituted by the parasitic elites running the global show. No question about the merit of building massive infrastructure/cities, etc. that cannot be sustained at low oil prices is entertained. Suppose oil price goes up. This means the workers/industries, etc., the economy in general, cannot afford the massive cost of the required energy input. Just to withstand the hostile environment requires plenty of energy/dough. Again, the state has to intervene to support the economy. How about when the oil runs out?

There are already signs to suggest that life will not be just like the ‘good old days’ of the recent past. ‘Zoom’ indirectly discourages travel. Limited travel crushes, not only the airline industry and the cruise business, but also the downstream hospitality outfits as well (hotels, restaurants, land transport; taxis/buses, car rentals, etc.). One can expect such new technologies to be leveraged to help bring about the “Reset’ project into some kind of fruition, as contemplated by the reigning dominant interests. Covid-19 is probably one of the major transformational tools that are being employed to soften the transition from high-energy to low-energy existence. In regards to the ‘Green Sustainable Development’ or the ‘Green New Deal’, which seems to be the central component of the ‘Reset’ project, we have our reservations. To be blunt about it; we feel it is a non-starter. We also believe ‘Reset’ must be based on concepts like ‘De-Growth’, if it is to be remotely sustainable. Unless a fresh approach is attempted to introduce the ‘Reset’ project, the old and tired obfuscation scheme, a la the UN, will do more harm than good to the credibility of the proposed initiative. Interestingly, the UN system is a mixed bag, so to speak. The UN incorporates hardcore elements of the Deep State (DS), like the IMF/WB, while many of its other agencies more or less fall under the rubric ‘useful idiots’. On the other hand, the UN Security Council, which is probably the most crucial organ balancing the dynamics of power politics, has been effectively tempering the preponderance of the DS since its inception! To recall; this is how we defined the DS. The Deep State is the military-intelligence-industrial-banking-media-complex.

“We are not good at recognizing distant threats even if their probability is 100%. Society ignoring [peak oil] is like the people of Pompeii ignoring the rumblings below Vesuvius.” James R. Schlesinger, former US secretary of energy. Good Day!

Reflections on Ethiopia in Art 2010