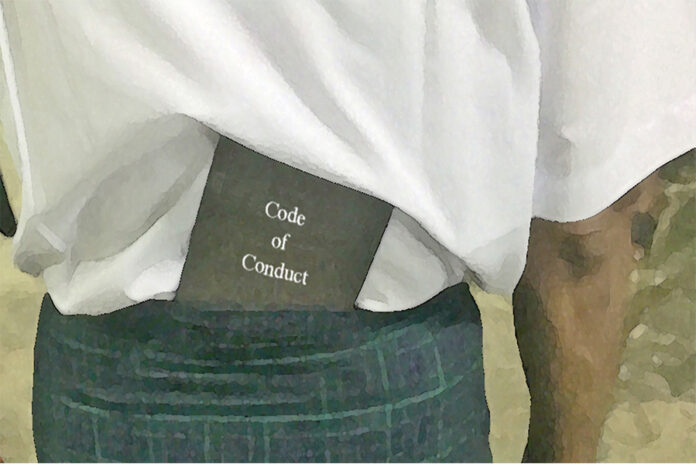 Elections are an important mechanism in democratic and peace processes. Their purpose is to provide citizens with an opportunity to choose freely their political leaders and allocate power peacefully.
Tomorrow Ethiopians will head to the polling stations to cast their ballot. This is the first step towards democracy.
However, the side-shows in a majority of African countries’ electoral processes costs the continent big in terms of development, especially economic development, for at the end of the day when elections have come and gone, people want to live better lives. The dog-eat-dog scenarios we have been witnessing in most countries make us wonder whether the people are still major stakeholders in the governing process, or it is those who want power who matter most.
Why also waste the voters’ time and the countries’ meagre resources, if all that we are going to hear from the losers is that the poll was rigged?
This well-choreographed sing-song of “We are robbed” has become all too familiar in many African countries’ to the extent that we really wonder whether the cry-babies have the people’s interests at heart.
Multi-party democracy has turned into a nightmare for the continent as we witness how burdensome it is with each general election, and how costly and an outright embarrassment for the continent.
Somewhere between fighting for independence, governing and ushering in multi-party democracy, there seems to have been an unwritten rule that another contestant party must not win an election, and every political party that contests has the right to romp to victory!
If they lose, it can never be their fault, but rigging and a host of other nefarious accusations levelled against another political party and the electoral bodies.
However, Africa’s political parties cannot repetitively do the same thing, and expect different results. As long as they have that tunnel vision, they will continue to live with the notion that elections are rigged and not won – credibly, freely and fairly too.
We do not discount challenges that can affect some electoral processes, but for once, we beg all political parties that contest not to hold the people to ransom, for elections are a process not an end in themselves.
In a democracy, the people make choices freely. After casting the ballots, they expect their lives to move on as the winning party fulfils the promises it made during the campaign period. So too the losers. They should join hands with the winner and see how best the programmes set out produce the desired results for the nation.
The people are bigger than all these individuals, and their welfare in environments so full of challenges is of paramount importance. These are some of the fundamentals political parties in Africa forget completely, as winning becomes so central.
We have belaboured the point because we have witnessed elections in a number of African countries go violent in the last few decades.
Africa has to rethink how it handles its electoral processes. The over one billion people on the continent need to be fed; they need well-paying jobs; water and sanitation; health care facilities; modernisation of both urban and rural areas, and more. These can never be realised when politics is deemed a zero-sum game!
All actors involved in the electoral process should refrain from unlawful acts. Peaceful, democratic and credible elections are fundamental necessities that Ethiopia and its people cannot do without in the fulfillment of their aspiration for true democracy.
Others forces from outside and inside should also refrain from hindering the election. We should try to exercise our rights. It is a start and there may be many mistakes and for sure there will be flaws. Let us learn from our flaws and mistakes. This might be a start to democracy.