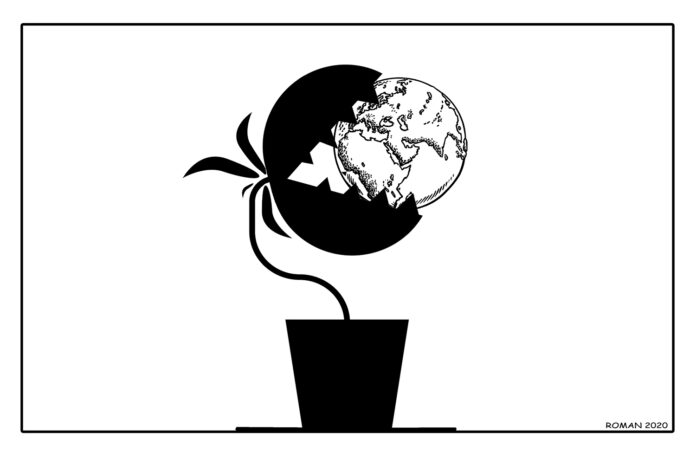 Wisdom is the outcome of seasoned reflections acquired through wide experience and extensive learning. Proverbs are distilled phrases intended to capture these subtle reflections. These immortal adages are not said in vain and one dismisses them at her own peril. Today, some modern investors are willing to negate a reality that has prevailed for eons. Arguably, the most successful investor of the last half a century has said a lot about gold, many of them intended to diminish its luster. ‘Gold is a way of going long on fear, and it has been a pretty good way of going long on fear from time to time. But you really have to hope people become more afraid in a year or two years than they are now. And if they become more afraid you make money, if they become less afraid you lose money, but the gold itself doesn’t produce anything’! Warren Buffet.
To some extent, we concur with the famous investor, but we also think there are technical issues that need to be looked at more thoroughly. To start with, gold is a rare metal, hence dear, not superficially dear, but naturally dear! Moreover, there are areas in the hi-tech industries (known & unknown) where gold remains critical. The current price of gold (in the world market) indicates a rising real demand, not only from mere investors, but also amongst the large majority of the nation states of the world system. Gold doesn’t produce anything, but so are many of the unicorn companies of late modernity. In this regard, the states are even worse when it comes to destroying capital. To be sure, the wealth that is touted to be made today are, by and large, ephemeral, as they are based on the flooding of economies/markets with phony money, obtained via debt, debt and debt! Globally, states, corporations/companies, household, etc. are all in debts up to their eyeballs, so to speak. Despite the continuous brainwashing of the global establishment, debts remain cumbersome obligations. Therefore debt is not wealth! Here is what the famous banker of the late 19th and early 20t had to say about real money/wealth. ‘Gold and silver are money everything else is credit.’ J. P. Morgan. This is the crux of the problem!
Without undue analysis about the merit and demerit of commodity backed currencies, one can at least accept the fact that when systems are confronting massive dislocations, people tend to trust these rare commodities or precious metals more than anything else, including their state’s currencies. Without a doubt, the modern world system is in the process of bifurcation, threatening to dismantle the prevailing global economic arrangement! It seems fear is what is fuelling the current price appreciation of gold and silver. That is why even seasoned investors like Buffett are having second thought about what he used to call the ‘old relic’. He is selling his interests in banks like Goldman Sachs and is buying companies that are digging gold. Obviously it is fear that is occupying his productive and investment oriented mind. On the other hand, speculators are being rewarded hand over fist, in the stock market, thanks to the generous printing of money. The collective parasites, i.e., the ruling elites and their moronic minions, are enjoying the existing phony money regime; but time is running out on them. Even if hyperinflation doesn’t rear its ugly head, hyper chaos emanating from the desperation of the sheeple might do the trick, so to speak. See the articles next column and on page 29.
What is the purpose of gold or silver or any other intrinsically value-laden stuff? In times of crisis, these rare commodities serve as stores of value. The current significant price increase of precious metals is mainly due to the depreciation of currencies, i.e., the increasing loss of purchasing power. Paper currencies cannot hold their values, as they are being printed non-stop. Ultimately, the value of paper money will return back to its intrinsic value, which is zero, to use Voltaire’s expression. For example, the value of the US dollar has gone down by over 90% since Dec 23, 1913, the year the FED was sneakily and formally established, just before Congress’ Christmas recess! At the end of the day, buying gold, in effect, guarantees that currency manipulation (by the power that be) cannot go on indefinitely. It is clear that the tendency of late modernity is to make life easy to the undeserving parasites at the top, while 80% of the global sheeple is forced to live in suspense. The job of the 20% of the sheeple employed by the elites is to make sure the 80% behave in accordance with the masters’ strategic objectives. To this end, the employment of ‘useful idiots’ to diligently avail bread and circus to the masses is paramount. After all, a sleeping sheeple is much preferred than the restless one! Here is an example of a palpable trepidation.
‘We are in a crisis, the worst crisis in my lifetime since the Second World War. I would describe it as a revolutionary moment when the range of possibilities is much greater than in normal times. What is inconceivable in normal times becomes not only possible but actually happens. People are disoriented and scared. They do things that are bad for them and for the world.’ George Soros. Georgy; take solace from the wisdom of the ancient elders: “Gold is the money of kings; silver is the money of gentlemen; barter is the money of peasants, but debt is the money of slaves.” Norm Franz. Good Day!