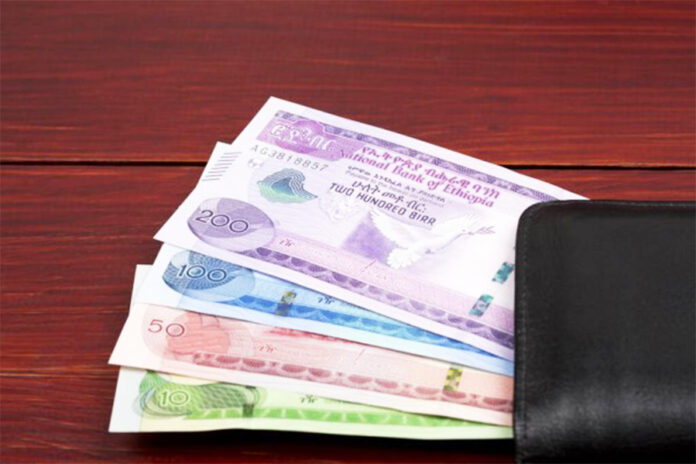 The value of birr has shown a depreciation of over a quarter when compared against the dollar in a single year.
The government under the Home Grown Economic Reform Agenda has taken several macro economic reforms besides structural changes and sectoral reforms.
One of the measures taken by the government is that of making the value of birr equivalent to its market value.
As per that measure, the value of birr has dropped by 25.5 percent year-on-year from December 31, 2020 to December 31, 2021 against the USD.
As the depreciation rate hit more than a quarter in a single year, the government has promised to apply a policy to give the birr a proper place against major hard currencies for the time being since the exchange market is currently regulated by the government which will be free to be governed by the market in due time.
Owing to the depreciation of the currency, the urgency to move towards a market-based exchange rate and foreign exchange (FX) market liberalization is well on course.
Under that process, a fraction of cents depreciation will be observed on the daily exchange rate in the past few years. International partners like the IMF have also urged the government to increase the pace of exchange rate depreciation.
According to the exchange data, on December 31, 2020 the selling price of a dollar was 39.96 birr that surged to 50.17 at the end of last year. The exchange rate on Thursday January 13 stood at 50.43 birr.
Within six months of the current fiscal year that started on July 1, 2021 and closed December 31 alone, the birr has depreciated by 12.5 percent value against USD.
Meanwhile the depreciation rate to USD is not similar compared with other major hard currencies like pound sterling or euro. 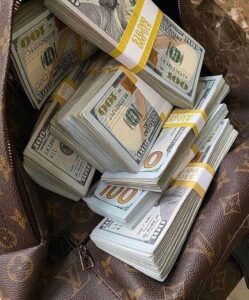 The value reduction of birr against the pound and euro is a bit lower in terms of percentage when compared with the USD.
For instance the selling rate of pound on December 31 2020 was 51.94 birr that depreciated by 23.68 percent to 64.24 birr.
Similarly, the selling rate of a euro on December 31, 2020 was 49.03 birr that reached to 56.51 birr after a year by depreciation of 15.25 percent.
Meanwhile in the preceding period for instance in the past fiscal year, the depreciation rate of birr against pound and euro was higher when compared with the depreciation rate against USD.
According to experts, the difference in rate between currencies depends on the value of the major exchange rate in the global market.
National Bank of Ethiopia recently reported that during the fourth quarter of 2020/21 that ended June 30, 2021, in the retail foreign exchange market, the average buying rate in the forex bureau of commercial banks stood at 42.53 birr /USD, showing a 25.6 percent annual depreciation, while the selling rate (43.37 birr /USD) depreciated by 25.7 percent. Thus, the average spread between the buying and the selling rates increased to 2.0 percent from 1.9 percent a year ago.
“During the review quarter, through the fast depreciation of Birr along with the relative price advantage of domestic economy nominal effective exchange rate/NEER appreciated by 80.1 percent and resulted in real effective exchange rate/REER to depreciate by 0.01 percent. Thus, it slightly enhances international competitiveness of the country in global market,” the report disclosed.
About a year ago, officials of the Ministry of Finance had stated that the government is using the diversified devaluation method.
Eyob Tekalign, Finance State Minister, explained that the meticulous approach, which is derived from Ethiopia’s context, was introduced to adjust the distorted foreign exchange system.
The State Minister indicated that the shortcomings in Ethiopia’s poor market system have caused a huge disparity between birr’s real value and the amount it is being sold at in the market.
He said the distorted foreign exchange system and the market do not showcase the real value of the birr.
The government has also stated about two years ago that continued commitment to closing the gap with the parallel rate is to eventually move to a market-clearing exchange rate but signaled a need to continue moving with caution.
It has also stated that a FX roadmap has been undertaken to lay the groundwork for an eventual move to a market-clearing exchange rate.