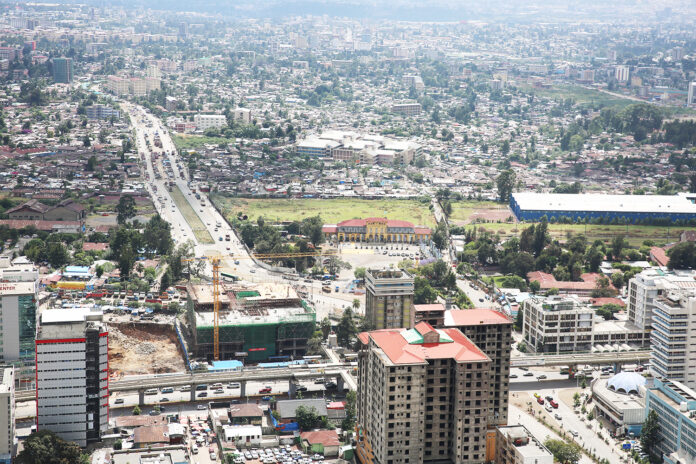 Addis Ababa City Administration revokes the title deeds of several individuals and companies who tried to use the current situation of the country to illegally expand their plots of land.
The city administration disclosed that massive illegal land possession has been observed in the past few months, this coming at a crucial time when the government has put its focus on the battlefront in the north.
According to the information that came from the administration in sub cities like Bole, Lemi Kura and Kolfe Keranyo, which are mainly at the edge of the city, have been found to be the major casualties of land grabbing.
Besides that there are tendencies that have shown some land owners in the city center trying to possess additional plots in addition to what they officially own which is against the legal process.
The city administration said that it has taken measures on those trying to expand their positions against their title deeds. As per the information of the city administration so far the title deeds of 428 plots of lands have been revoked because of the involvement in illegal acts.
The city administration has announced that those who have any claim on the measure of the city administration, filing of their case is only permitted to the head office as opposed to filing them at sub-city level..
Currently, the city administration has formed a committee which is closely following the case on illegal land possession. The committee that includes senior officers of the city administration is overseen by the mayor.
Besides the stated measure taken at the center, sub cites are aggressively acting to smash the move to possess lands illegally.
Information indicated that massive illegal settlement is observed in the periphery of sub cities mainly in Nifas Silk Lafto, Lemi Kura, Kolfe Keranyo, and Bole in the past few months when the country was fully focused on law enforcement.
As per the legal measure, hundreds of thousands of square meter of lands have been restored.
Additionally the city administration has also suspended hundreds of officers who did not act as per their responsibility to tackle the illegal land possession or by their cooperation with the illegal activity.
It has also announced that their case have been filed to the court for further legal measure.