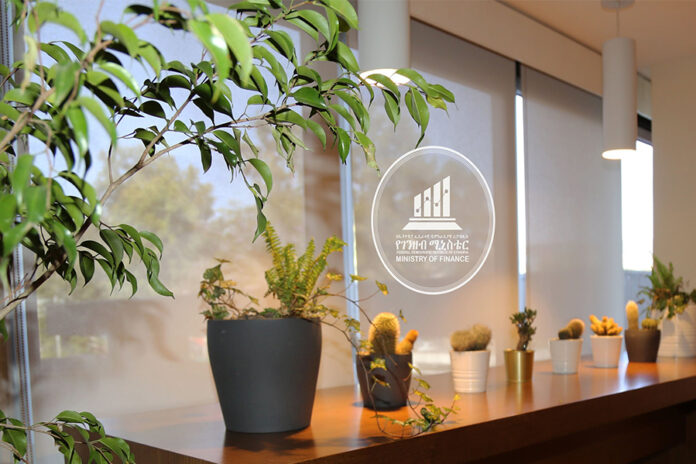 Ethiopia’s external debt amount reduced by two percentages in the first quarter of the 2021/22 fiscal year compared with the amount recorded at the end of June 2021. The debt disbursed by external sources in the first quarter is very low compared with the past five years.
The public sector Debt statistical bulletin published by Debt Management Directorate at Ministry of Finance indicated that because of less disbursement combined with higher principal payment the external debt stock has shrunk by USD 466.9 million to USD 29.05 billion as of September 30, 2021.
The external debt amount on June 30, 2021 was USD 29.52 billion.
“There is a decline in external debt stock as a result of less disbursement combined with higher principal payment than disbursement and also a relatively stronger USD which resulted in declining external debt stock,” the quarterly debt evaluation document explains, adding, “one of the reason for this decline in the stock of debt can be explained by USD exchange rate variation which is about USD 152.5 million, a relatively higher appreciation of the dollar, particularly as compared to the Special Drawing Rights (SDR) and euro.”
The total external public sector debt service (principal plus interest and charges) during the last three months that started on July 1 was USD 607.51 million, of which 452.12 was principal and interest accounted USD 155.38 million.
Out of the total public sector external debt service, USD 142.54 million is made by central government while the remaining USD 464.94 million was made by state owned enterprises (SOEs).
From the total resettlement of SOEs, USD 293.2 million was made by enterprises who secured the loan with government guarantee.
The bulletin indicated that the entire external public debt disbursement over the last three months (July 1, 2021 to September 30, 2021) was USD 137.74 million, with around 95 percent of it going to central government projects from various creditors, the majority of which came from International Development Association (IDA). “When compared to the preceding five years, the total amount of disbursement from external sources was much lower,” it said.
It added that the net external debt resource flows are negative by close to USD 470 million over the period, i.e. during the quarter, implying that the quantity of disbursement from external sources or inflow is less than the total external debt service payments to creditors or outflow.
The debt disbursement for the 12 months in the past fiscal year was USD 1.4 billion, which is also lower compared with the 2019/20 that was USD 3.32 billion.
As of September 30, 2021 the central government owes 67 percent of the total external debt that increased by one percent compared with June, while SOEs with and without government guarantees owe the remaining 33 percent that was 34 percent at the end of the past fiscal year.
The total public sector debt stock that includes the domestic debt as of September 30, 2021, was USD 56.65 billion, compared to USD 55.62 billion as of June 30, 2021.
The total nominal public sector debt for the GDP was about 52 percent, while the share of nominal external debt stood at 26.6 percent that is 51.3 percent of the total debt.
The central government owes 60 percent of the total public sector debt outstanding.
The bulletin reminded that over the last year, the central government’s portion of total public debt stock has climbed by 5 percent, while SOEs’ share has declined by 0.1 percent, “this can be explained in part by SOE’s zero non-concessional borrowing limit from external creditors, as well as SOE’s lower borrowing from domestic sources and less disbursement from already committed old SOE external loans.”
The bulletin stated that during the period, net issuance of treasury bills (Tbills) with different maturity was about 40.25 billion birr and the participation of government and private owned commercial banks on the Tbills market shows an improvement. Its share for the GDP has also expanded to 3.21 percent from 2.54 percent at the end of the last fiscal year.
It added that the net issuance of direct advance for the period is 30 billion birr and is to reach 113.5 billion birr in total.
The amount of accessing money from direct advance has been shrunk as per the policy adopted by the government to replace it by the finance secured through Tbills, while starting from the recent past it has forced it to look back to fill the deficit that occurred suddenly for different reasons including the reduction of the inflow and unexpected costs.
Due to the increment of direct advance it has led to the expansion of the share of GDP from 1.76 percent as of June 30, 2021 to 2.26 percent on September 30.