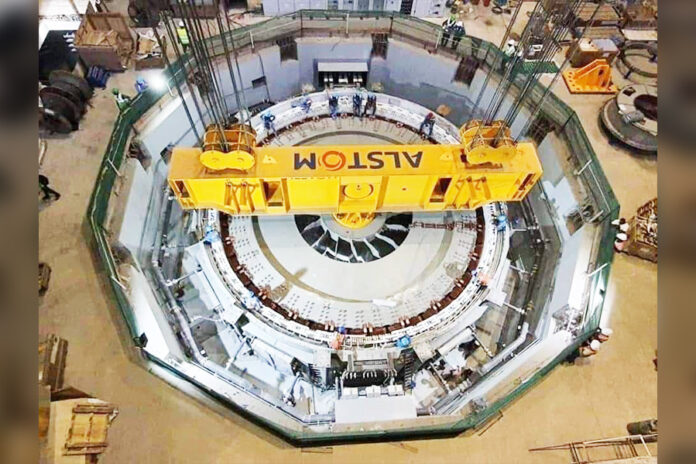 The national flagship project, the Great Ethiopian Renaissance Dam /GERD/ has successfully completed its preparation to start test power production in the coming days.
Sources told Capital that the works on the dam to start test power generation is completed.
In the middle of November, 2021 Sileshi Bekele /PhD/, Chief Negotiator and Advisor on Trans Boundary Rivers and GERD at the office of the Prime Minister said, “Ethiopia is in preparation for the pre power generation of the national flagship project, the Great Ethiopian Renaissance Dam/GERD/ within the maximum time cap of five weeks.”
The dam in its pre power generation is expected to generate 700 MW. As Sileshi said, the overall construction progress of the dam has now reached 82 percent.
As officials from the Ministry of Water and Energy explained that when the dam starts the first production of power it will cover 20 percent of the nation’s demand.
Financed by local sources, the GERD will be capable of producing as much as 5,250 MW of electricity, ranking it as one of the world’s largest dams and by far Africa’s largest dam by electricity production.
Ethiopia has made the second filling in the past rainy season. The country has made a stand on equitable water use on the Abay/Nile River that is the source of the GERD.
The GERD is the source of an almost decade-long diplomatic standoff between Ethiopia and downstream nations Egypt and Sudan. 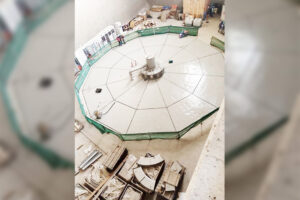 Despite the downstream countries mainly Egypt expressing its concern on its water flow Ethiopia strongly reassured that the project would not have harm on others and the country does not have intention to affect others.
To tackle the concerns, the three countries, Ethiopia, Sudan and Egypt discussed for years, while the negotiation was interrupted majorly from reasons that mainly come from Egypt.
Ethiopia has also been facilitating comprehensive engagements to address the concerns of the riparian countries since the inception of the construction of the GERD.
After discussions on UN Security Council the three countries have come to the AU-led negotiations and perhaps the negotiations between Egypt, Sudan and Ethiopia are still suspended since Ethiopia completed the second filling of the GERD.
“Ethiopia has never and will never accept any mediator and will would never agree with unfair terms that seek to maintain the hydro hegemony of Egypt and Sudan,” said Sileshi, adding, “Exerting unnecessary pressure on Ethiopia by intentionally politicizing and internationalizing the matter will not make Ethiopia accept the colonial-era treaty over the Nile River.”
Ethiopia contributes more than 86 percent of water share for Abay, while the river does not provide required economic benefit.
With some cooperation and wisdom, it was initially possible that the ambitious GERD project could become both a great development project for the Ethiopian people and a model for cooperation between Ethiopia and its neighbors. Instead, the project has become a constant cause for conflict as the various actors vie for regional hegemony.
Several senior government officials declined to give official information on the issue.