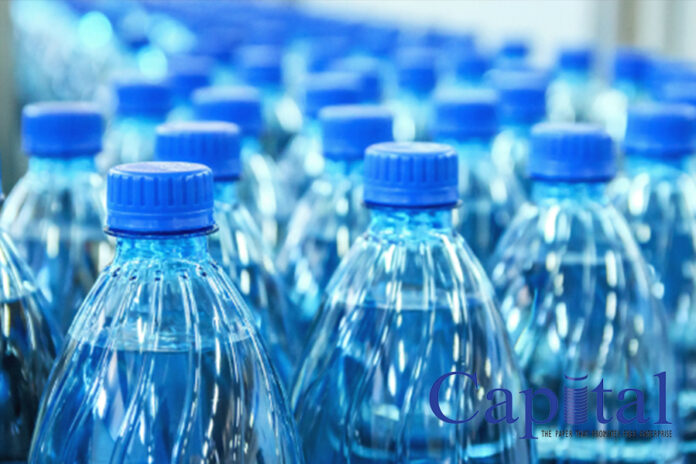 The usage of masterbatch (MB), which is used for coloring plastic bottles in the bottled water industry, is to be halted if the new recommendation of the relevant government body findings is to push through.
Traditionally most of Ethiopian water bottlers have been using MB to colorize their plastic bottle to blue, which to some degree has its share of costs in foreign currency.
Ashenafi Merid, General Manager at the Ethiopian Beverage Manufacturing Industries Association, said that the implementation of forbidding companies on using MB would have multiple advantages for the bottlers and the country in general.
“For instance companies which are using MB to colorize their plastic bottle at least have to allocate up to USD 40,000 for the import of MB, which can be channeled for import of other materials. Moreover, recycling companies will gain better price points for used plastic scraps when they export for clients and the country shall save the foreign currency which it spends on unnecessary commodities,” the General Manager elaborated.
According to Ashenafi, companies which process and export used plastic bottles have been expressing their concern that colored bottles have less demand from buyers which has forced them to sell at lower prices than the pure plastic scraps.
As per the information Capital obtained from the association, a kilogram of MB costs about 535 birr.
Despite it not being a standard to use the chemical, bottling companies have traditionally used it. On the down turn, there have been links associating the colorant with health issues.
The Food, Beverage and Pharmaceutical Industry Development Institute, recently conducted a study, which took over a year, on the use of MB.
As per the recommendation from the study, the companies would not be allowed to import or use MB.
“In other countries bottlers are not using MB for their water bottling,” Ashenafi added, by adding his association has proposed the case to be studied in order to impose restrictions through a legal frameworks.
Currently, there are 109 water bottlers and most of them are members of the association.