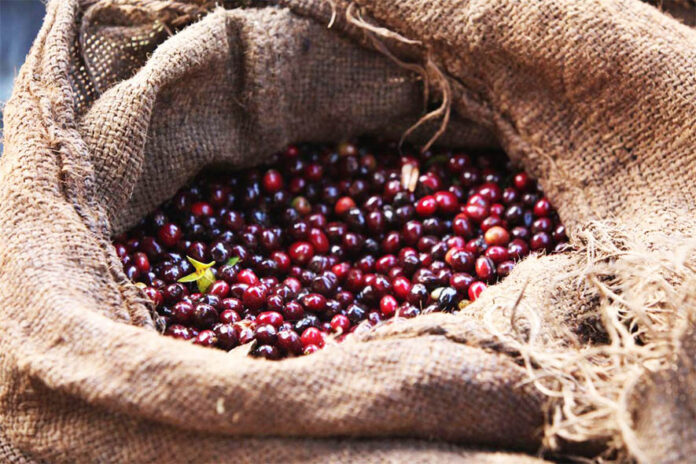 Coffee traders over the moon with the decision

The National Bank of Ethiopia (NBE) gives a short term two percent waiver for commercial banks on their reserves.
The new decision comes just after a few months of the NBE’s decision which stated banks to increase their reserve requirements to ten percent within three months period from the previous five-percentage.
It is recalled that under the 7th amendment of setting the reserve requirement Directive No.SBB/80/2021 that was issued late August reversing the SBB/55/2013 Directive that was issued on March 1, 2013, NBE ordered banks to double their reserves.
“While as per the latest decision the reserve requirement rate has technically dropped to 8 percent,” a bank president told Capital.
According to the information Capital obtained from bankers, the latest waiver is given for about seven months.
Sources said that the decision was made in an aim to support the coffee trade, “it is harvesting season and the main trading of coffee that started from farmers to exporters is carried out in this coming season thus the decision that was passed by the regulatory body targets to accelerate the beans business.”
Adugna Debela (PhD), Head of Ethiopian Coffee and Tea Authority, welcomes the decision of NBE and said that it is more than the expectation of the coffee sector actors.
In a statement issued by NBE Board of Directors chaired by Girma Birru on August 27, it passed several monetary policy decisions including the revision of banks’ reserve. It said that the board reviewed recent economic and financial sector developments and decided to modify the reserve requirement, the interest rate on individual banks’ lending facility, the forex surrender requirement and the forex retention right.
Besides this decision the government has also suspended the disbursement of fresh loans for all sectors initially and that was easy for very few selected sectors until recently. The general loan suspension has also been lifted recently.
Experts in the financial industry said that the decision of the NBE board to double the reserve requirements was mainly to curb the growing inflation.
Even though its existence would be short, the eight percent reserve requirement has been stated by experts as a new rate in the reserve history.
The country first introduced the reserve requirement through Directive No. SBB/14/96 which became effective on January 1, 1996 with a 10 percent requirement. The highest reserve requirement was 15 percent under the 4th amendment of Directive No. SBB/45/2008, which was effective on April 7, 2008 and lasted till January 1, 2012 to reduce to 10 percent. It is recalled that 2008 and the following years were the period that the country saw the highest inflation ever.
It was recorded that in the first quarter of 2008 the general inflation stood at 60 percent, while the food inflation was at 81 percent.
Due to that at the time besides increasing the reserve percentage the government had applied different monetary and other tools to control the inflation.
The current measure particularly targets to ease the access to finance for coffee bean traders. Coffee contributes to the country about one third of the hard currency from export.
The bean, which is the main export commodity and hard currency in the modern commercial history of Ethiopia, contributed a record USD 907 million in the past budget year that ended July 7. The current year export earning from the bean is also expected to break new record and to surpass a billion dollar revenue.
Recently Adugna told Capital that the performance registered in the first months of the 2021/22 budget year indicates that the country shall easily achieve a billion dollar earning from coffee in which its price has also registered records in the global market due to production reduction in Brazil and logistics related challenges.
Late last week the coffee sector leader, Adugna, told Capital that the case has been raised on the meeting of National Export Coordination Committee for the coffee sector to get special attention regarding access to finance.
“The contribution of coffee for the national economy and export is known, due to that it needs specific attention from NBE and banks. Even though we have been trying our best for the sector to get attention the latest decision of NBE is more than our expectation,” he said.
Adugna said that the NBE decision is a dedicated finance for the coffee sector that will have positive news for suppliers and exports, “it is also timely since it is the peak season for coffee trading.”