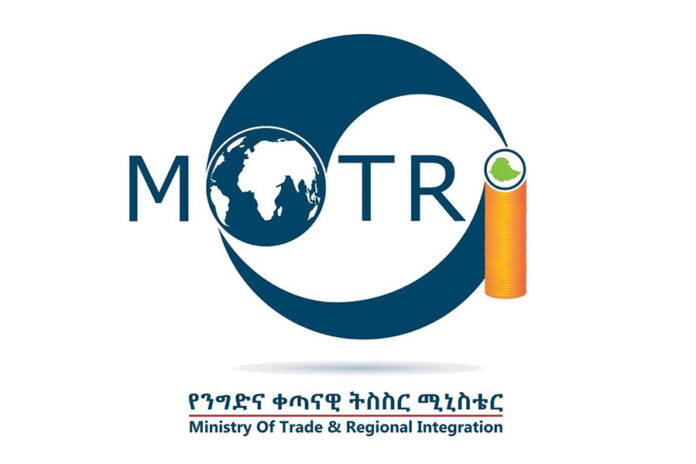 Ministry of Trade and Regional Integration (MoTRI) concludes its discussion with the private sector to get their view on goods and services that shall be categorized on the African Continental Free Trade Area (AfCFTA).
The final discussion with the private sector representatives has been held a week ago. Before the discussion commenced with the private sector, the government has been engaged on identification process for goods and services that shall be opened on the free trade scheme for African countries, which shall be opened gradually as well as other sectors that would be totally closed.
Mussie Mindaye, Director General of Trade Relation and Negotiation at MoTRI, said that almost all of the comments that came from the private sector were aligned with the government’s selection and identification of sectors.
He said that there were some different comments that came from the private sector which will be included on the government proposal and would be tabled for the Office of the Prime Minister (OPM).
“We will conclude the final document which will be sent by next week to the chairperson of the steering committee, Mamo Mihretu, Senior Advisor and Chief Trade Negotiator in the Prime Minister’s Office,”Mussie told Capital, adding, “The chairperson, is responsible to submit the document for final approval.”
National Macroeconomic Committee led by Prime Minister Abiy Ahmed is the body that will give the final decision on the document.
Mussie expressed his expectation that the document will be approved very soon. “The country shall not be stated as late to come up with tariff offer of products and services since there are countries that have not yet finished the identification process,” he opined.
So far 27 countries have come up with their tariff offers, while trading has not yet begun.
According to Mussie, further discussion regarding some issues like rules of origin of goods, percentage of value addition, revenue and food security will be held starting from January 17 to ten days at Accra, Ghana, which is the seat of AfCFTA secretariat.
The African Union AfCFTA is committed to eliminate tariff and non tariff barriers on trade in goods as well as facilitating free movement of services across the continent.
As per the agreement that member countries signed, the free trade scheme states 90 percent of goods and services tariff will be eliminated in five years for developed countries and ten year for developing economies that included Ethiopia.
The seven percent of sensitive goods and services selected by countries shall be opened gradually. Three percent of goods and services shall be included under excluded lists so that countries are not expected to make the tariff zero.