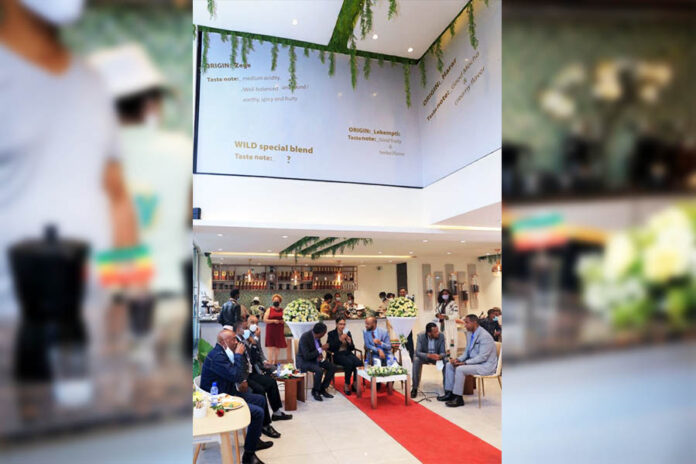 An extraordinary event is being organized to raise foreign currency from very few diaspora community members, who came back to Ethiopia following the call of the Prime Minister.
The VIP event which only targets to serve about 250 members of the diaspora will provide a blissful tasting experience of the extraordinary expensive Ethiopian coffee at a reasonable price.
The organizer of the VIP testing event said that Ethiopians in the Diaspora that took the challenge to come home for Genna holiday will be invited to test the most expensive coffees that won the presidential award in the Second Cup of Excellence (CoE) 2021.
It is recalled that when he was at the battle front, Prime Minister Abiy Ahmed invited the Diaspora and friends of Ethiopia to come and celebrate Genna (Ethiopian Christmas) in Ethiopia on the aim to counter the fake news campaign from the prominent main stream media of the west and western powers pressure against the government and the country.
Through ‘the Great Ethiopia Home Coming Challenge’ Abiy invited one million Ethiopians and friends of Ethiopians to come for the holiday season to show their solidarity for Ethiopia.
As per the invitation, the Diaspora community has been coming in masses to Ethiopia and the government and others have also facilitated different events and visiting sites including areas affected by the terrorist group, who committed severe public and private property damage besides huge humanitarian crime on its expansion to Afar and Amhara regions.
In relation to ‘the Great Ethiopia Home Coming Challenge’ Wild Coffee Ethiopia, which is a value added coffee exporter and the first to sell roasted coffee on foreign currency as per the permit from National Bank of Ethiopia, is facilitating an event for the diaspora to test high quality coffee on the aim to raise fund.
Gezahegn Mamo, CEO of Wild Coffee Ethiopia, told Capital that his company has some of the five presidential winning coffees that exceeded the 90 point plus mark on the Second CoE 2021. 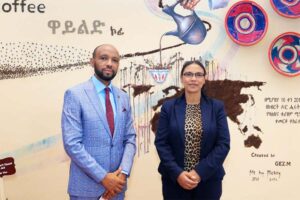 “Initially we had planned to provide the tasting experience of these five most expensive coffees to selected diplomatic communities that reside in Ethiopia,” he said.
“As per the plan, 150 diplomatic community members were to participate and pay USD 100 per person to taste the five coffees, but the plan was put on hold due to the western countries campaign to leave the country for security reasons,” stated Gezahegn.
He said that the rate that was offered for the taste is incomparable with the usual price for such high quality coffee, “The main target of the event was to promote the level of Ethiopian quality coffee and to contribute the revenue secured from the event to those who are displaced by the conflict.”
“It is recalled that a single cup of coffee that won the presidential award in the first COE 2020 was sold for 65 pounds in a café at London. This shows how much the value of coffee we offer for taste,” Gezahegn explained.
Now the plan has changed its course and aimed to thank the Diaspora who struggled for Ethiopia’s sovereignty.
Wild Coffee’s CEO said that as per the program on the event that will be held on Sunday January 16 about 250 Diaspora members shall be participating to taste the top five top coffees at the price of USD 50 per person.
“We will also invite about five diplomatic mission based in Addis Ababa that supported Ethiopia at the international stage,” he added.
Top diplomats from Turkish, Russia, China, Eritrea and India embassies are expected to be part of the VIP coffee testing event as guest of honors, “we want to thank these countries for their strong solidarity.”
On the event that will be held at Wild Coffee’s coffee testing café located around Bole Olympia senior government officials are also expected to attend.
Gezahegn said that the revenue collected from the event will be transferred to the government on the purpose to support the displaced community. He said that a limited number of tickets will be available at the testing café starting from early this coming week.
Wild Coffee Ethiopia engages on value added coffee export. Its product is sold to over 10 countries and recently it has become one of the very few coffee exporters who trade their bean on Alibaba’s ecommerce platform.
On the 2021 CoE, 1,848 competitor’s samples have been submitted and top 150 samples have passed for the second stage and 40 of them made appearances in the final top round.
From the top 40 specialty coffees, the first 30’s have achieved 87 points and above to trade their bean on international online auction on allianceforcoffeeexcellence.org that was held on July 7.
On the international online auction Ethiopian coffee has registered new world records.
The highly anticipated auction that gathered 188 buyers from 33 countries saw bids for over 4,000 times for more than nine hours to secure the sought-after winning coffees.
Out of the 40 finalists, five coffee lots scored 90 points or more, earning the highest recognition in the competition, the Presidential Award.
The 2021 CoE Ethiopia has set a new record with an average price of USD 32.12 per pound and with total proceeds of USD 1.96 million, which is a record for the Cup of Excellence competition globally.
The winning coffee was sold at an online auction for USD 330/ per kilogram to Saza Coffee of Tokyo, Japan.