The House of peoples’ Representatives on Thursday unanimously approved the cabinet assembled by the newly appointed Prime Minister Abiy Ahmed (Phd).
The cabinet reshuffle has brought in 10 new faces to the 29–member cabinet, and 19 ministers maintained their positions. The new administration appointed three women.
Defense Minister Siraj Fergesa was moved to Ministry of Transport and was replaced by Motuma Mekassa who was Minister of Mines, Petroleum and Natural Resources.
Shiferaw Shigute goes to Minister of Agriculture and Livestock Resource.
The new appointment replaced Negere Lencho (Phd) as Minister of Government Communication Affairs by former Minister of Transport Ahmed Shide.
The new appointment also give Fozia Ahmed the post of Hirut Woldemariam (Phd) as Minister of Culture and Tourism.
Hirut is moved to head Ministry of Labour and Social Affairs replacing Abdulfetah Abdulah.
Teshoma Toga came from Belgium where he worked as an ambassador and is appointed as Minister of Public Enterprise which was held by Girma Amente.
Unlike the other position the removal Girma Amente raised question from one parliament member.
A woman parliament member said, “Dear PM, I don’t know why you need to replace Girma and as long as we know this man has been doing god job in changing the institution.’’
Uba Mohammed is also appointed to lead Ministry of Communication and Information Technology which was headed by Debretsion Gebremichael (Phd).
Omar Hussain is also appointed to head Ethiopian Revenue and Customs Authority and Melaku Alebel as the new Minister of Trade.
Janterar Abay will lead Minister of Urban Development and Housing and Melesse Alemu will lead Minister of Mines, Petroleum and Natural Resources.
Berhanu Tsegaye replaced Getachew Ambaye  as Attorney General.
Muferihat Kamil became the first Speaker of House of Peoples’ Representatives replacing Abadula Gemeda.
Abadula who had been Speaker of the Parliament for the last seven years moved to the PM office as national security advisor.
“To respond to public demand a cabinet reshuffle is essential. This follows the change of leadership that was enacted in an attempt to change the existing situation in the country,” Abiytold lawmakers.
He told the new ministers to tackle graft and streamline bureaucracy.
“This is a red line that has to be enforced,” said Abiy, who was sworn in on April 2. “What the public is fed up of is graft and maladministration. This will not be tolerated.” 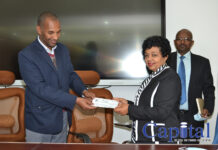 Emirates takes Dubai is Open message to the world 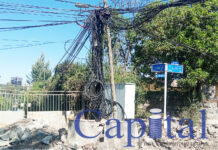 Abay announces success of its promotion