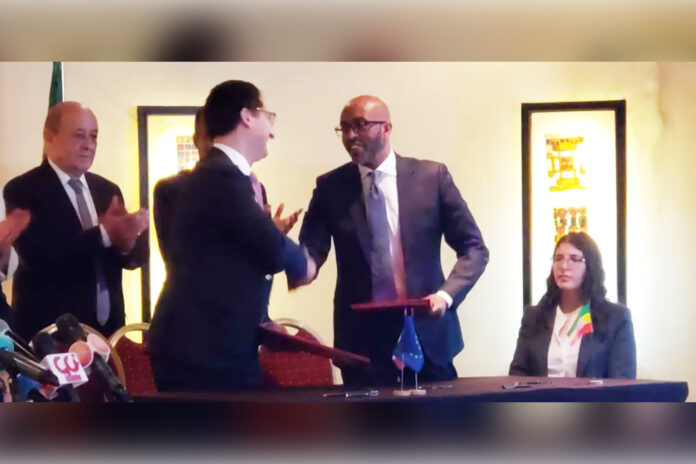 Canal + Group, a Paris based and one of the biggest global pay-TVs and that partnered with Ethiopian Bruh Entertainment is expected to be on air in March 2021 with local shows.
In connection with the visit of President Emmanuel Macron in March 2019 the French TV company that is owned by Vivendi, an integrated content, media and communications group, signed a memorandum of understanding with Bruh Entertainment for the implementation of a distribution agreement for the commercialization of a pay-TV offer.
Tewodros Abraham, owner of Bruh Entertainment, said that the pay-TV will commence operation in the beginning of the coming year.
There are two pay TVs in Ethiopia, while they are not considered as a streaming of shows based in Ethiopia or incorporate with local languages, according to Tewodros.
“We are undertaking the required preparation to commence Ethiopian shows with the pay TV channel,” he said.
Early this week Eutelsat, a French satellite operator, and Canal+ have signed a multi-year, multi-transponder contract for Ku capacity on EUTELSAT 7C to support the launch by CANAL+ of a premium DTH platform in Ethiopia. 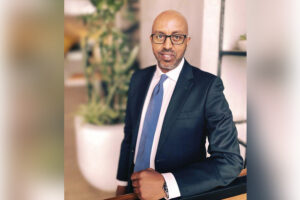 “The deal signed this week with is very important, since they will provide dedicated platform for Ethiopia,” Tewodros said.
The pay TV is expected to commence its operation with up to 50 channels and in the future that will be expanded to 80 channels.
“We are looking at dedicated local shows with local contents,” he said adding “Ethiopian producers that might be engaged in movies, cooking channel, documentaries or talk show, should use this opportunity to use the platform.”
Shows that might be related with education system or job creation, which may include relevant government stakeholders, will have a space at the pay-TV, according to the Ethiopian partner, “because our capacity is very wide.”
“Currently we are engaged in discussion and also sign deals with local channels, movie production companies, and dubbing on foreign movies to Amharic is also going,” Tewodros said.
“Initially we are starting on Amharic but will expand with other local languages,” he added.
The price is expected to start from 300 birr per month, while the decoder will be available with a reasonable price and will be produced in bulk.
“Canal + have already partnered for the supply of the decoder that will be assembled in China,” he said.
The operation will be full high definition and Tewodros argued that there is a capacity locally to come with the standard production and it is also supposed to grow significantly.
“There are local channels who does have good capacity, while professionals are also available. When we started the operation they are encouraged to execute their skills, but still the sector should grow,” he said.
Besides local channels professionally selected relevant international channels like news and documentary channels will have a spot at the pay-TV. Obviously since the company is from France some selected French language channels that have a potential for Ethiopian audience will also have part at Canal + TV, which is exclusively dedicated to Ethiopia.
There are two pay TVs in Ethiopia, DSTV of the US and Star Times of China, but the Canal + pay TV is different because its platform is strictly focused for Ethiopia.
The company discussed with government offices like Ministry of Culture and Tourism to keep and promote Ethiopian culture than heavily promote foreign culture. “We will do our best to promote Ethiopian culture and unity,” the Ethiopian partner said.
Canal + have similar dedicated pay TV in Africa particularly in West Africa. The West African TV is different with European Canal + channels, but the language is French. “The Canal + Africa has given full attention for African programs, movies, sport and shows,” Tewodros explained. “In the meantime our strategy is the same with the west African trend, until the industry become strong and ample local content become available we may use foreign channels at the initial stage,” he said.
The local industry and TV productions, which include entertainment, educational, cultural, promoting products, history, should be growing as soon as possible, according to the owner of Bruh Entertainment.
“The industry was not growing in the past because platforms were not available, but now we have facilitated the platform,” he says “we will discuss on contents and seal a deal with professionals, who have ideas, to come up with their production as per the standard, condition and time frame,” he added.
To tap the potential the company also targets to support on development, capacity building, and resource supply.
“Canal + mainly focus on training and capacity building in West Africa that I observed in Cote d’Ivoire, which has one million subscribers of Canal +, and it will be also applied in Ethiopia,” Tewodros said.
He said that they have a plan to get up to one million subscribers in the coming four years. Meanwhile Ethiopia has wide population their pay TV and number of subscription for foreign pay TVs is very small.
Canal+ Group is the leading French audiovisual media group and a top player in the production of pay-TV. Through its subsidiary Studiocanal, the Group is also the European leader in the production and distribution of movies and TV series for international audiences.
Canal + Group is not new for Ethiopian pay TV market. With its local representative Syscom Plc, it has been transmitting the pay TV, Canal + Horizons, starting from 1997.
Teguest Yilma, Managing Director and Owner of Syscom Plc, reminded that several channels have been on Ethiopian air via Canal + Horizons.
She said that most of the channels have been French language that were mainly preferred by francophone residents in Ethiopia including the foreign community.
“Through time the group preferred to concentrate on other francophone African countries,” Teguest reminded how the pay TV left the country.
Vivendi is an integrated content, media and communications group, which also own Universal Music Group that is engaged in recording music, music publishing and merchandising. It owns more than 50 labels covering all genres.
Universal Music has also established Universal Music Africa that may help also promote Ethiopian music, according to Tewodros.
Eutelsat is already the leading carrier of Ethiopian channels through its 7/8° West video neighborhood.

CCD boss given a month to hand over homes

Sleeping in the Stars