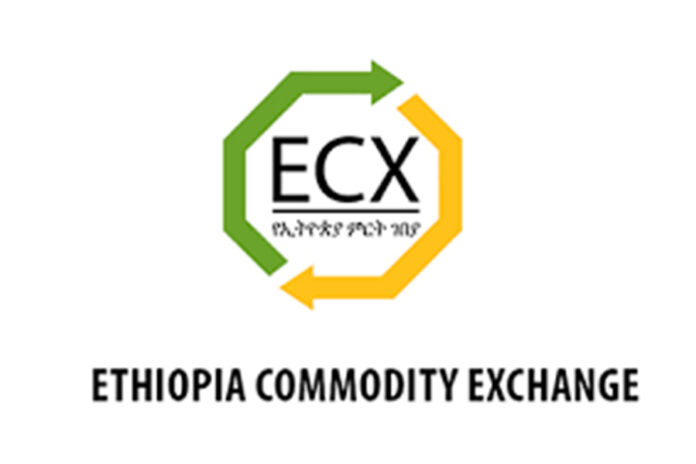 Coffee exporters accessing the bean from the Ethiopian Commodity Exchange (ECX) claim that the supply has shrunken which has affected the fulfillment of their contracts. Meanwhile, the record generation of the bean is expected to hit a billion dollars this current year.
For the claim raise by exporters, the Ethiopian Coffee and Tea Authority (ECTA) explained that the vertical market integration has enabled farmers to directly export their products which may reduce the supply in the exchange.
The exchange which accepted the supply reduction also supports the argument of the authority.
Exporters who communicated with Capital claimed that the supply of coffee at the trading floor has reduced from time to time due to that they are unable to do their business as usual trend. They said that the products from western sources are not adequately supplied.
Netsanet Tesfaye, Corporate Communication Head of ECX, said that the supply reduction is not seen not only from the western part of the country but also from all sources.
He said the coffee trading has got additional alternative besides ECX, which is the sole platform to trade the product except some who have a right to do the business separately.
Unions and large scale farmers were allowed to bypass the commodity exchange scheme for export, while the rest are supposed to trade their product through ECX.
“ECX has been considered as one alternative for the coffee trading according to the new policy, thus suppliers or farmers shall directly be connected with exporters without the system of ECX,” Adugna Debela, Director General of ECTA, said.
The Directors General explained in terms of quality, traceability and regarding accessing the bean on time the new scheme has become better since buyers and exporters prefer the system.
“Under the vertical integration last year we have exported 28,000 metric ton in the past budget year but when it comes to the recent performance it has spiked,” he said.
In the first quarter of 2021 the export on vertical integration alone was 100,000 metric tons, “which shows how much it boosts the earnings,” Adugna added.
Actors integrated on the new scheme were 300 in the past budget year which has now reached 2,500. “Due to that the supply to ECX has reduced,” the authority head justified.
The other issue exporters argued is that the illegal trade/ contraband is the other challenge for the access of coffee at the trading floor. They said that suppliers with lower level local government officials involving on the contraband.
Netsanet said that contraband is also one of the problems in the sector, but he said that the authority and Customs Commission are responsible for follow on the same.
Adugna said contraband is an existent problem that is not expected to fully halt but it is necessary to assess the root cause for products channeled on illegal way. “Traders prefer the risky contraband business to get better value since we pay better value for quality products, it is evident that the illegal trade shall crush and that is what we are doing now.”
“Using technology is also enabling to traces the illegal channel. To archive that we have developed tracking software and the implementation process is on the way,” he added.
The authority has targeted to achieve USD one billion earning from the coffee export in the 2020/21 budget year that will end on July 7. Since the new scheme was introduced, the export volume and value has climbed even from the projection.
Netsanet said that the supply of coffee to ECX may have been reduced, the actual export earnings is growing compared with the preceding year.
For instance in March, ECTA has been projected to generate USD 106 million but the actual achievement was USD 107 million. For April, the target was USD 111 million but the earning was USD 114 million.
In related developments, ECX has announced that it will introduce ‘micro lot trading platform’ to trade specialty coffee on once in a month time.
Wondimagegnehu Negera, CEO of ECX, said that the new initiative will enable farmers to sell their high quality coffee directly to interested buyers with extraordinary value.
He said the initiative will encourage farmers to come up with premium coffee that boosts their revenue.
On its inception, farmers who will be involved on the micro lot trading are 52 which also are participants of the 2021 Cup of Excellence.
Kidist Mulugeta, Cup of Excellence Coordinator, on the 2021 Cup of Excellence said, 1848 competitors samples have been submitted and top 150 samples have passed for the second stage and 40 of them are in the final top round.
“So the remaining 110 competitors are eligible for micro lot trading and from them the 52 have agreed to trade their products on the micro lot trading on the trading that will be held on May 31,” Kidist explained.
From the top 40 specialty coffees, who will trade their bean on international online auction on allianceforcoffeeexcellence.org on July 7, the first 30’s have achieved 87 points and above.
The initial price on the international bid is USD 5.5 per pound.

The US trade war and its global impact

Anti-terrorism Proclamation could be rescinded