Despite some friction members of Association of Ethiopian Class One Contractors have agreed to merge with the Construction Contractors Association of Ethiopia (CCAE), under a single association.
Recently, the Association which represents grade one contractors conducted its general assembly where they voted to merge under CCAE. During the event at Hyatt Regency Hotel, 91 of the members voted to be included under CCAE, which has members from grade one to ten construction contractors and was established over a quarter century ago. However, 12 members opposed and signed a petition for another meeting. According to the memorandum, the grade one association meeting had to be called if 10 percent of the quorum requested it. Based on that, the second meeting was held on Saturday March 9 at Capital Hotel and Spa to revote for a merger. At that meeting, all but one agreed to unite for sector representation under CCAE.
Sisay Desta, president of Association of Ethiopian Class One Contractors and owner of Afro Tsion Construction, told Capital that some of the members were confused about the merger which is why they signed the petition.
“At the meeting that took six hours we reached a consensus to merge with national association, because it’s better if we are united,” Sisay said.
According to Sisay, this will help them focus on improving their capacity and competing with foreign construction companies. CCEA is mainly focusing on supporting its members to improve their capacities, enabling them to get projects and solving job security challenges.
“For the past five months the leaders of the two associations have talked about narrowing their gaps and taking the agendas of the two associations as their own problem and fighting challenges together,” he said.
“At the same time the government’s GTP II strategy for the construction sector says local firms should take 70 percent of the total portion on the construction sector, but the reality now is that 80 percent of the sector is taken by foreign contractors. So when we come together we shall fight the current reality strongly and promote the sector so CCEA members get jobs in any ways including joint ventures with big contractors,” he explained.
“During the latest meeting we talked about the merger and its benefit and almost all members agreed,” Sisay said.
Based on the merging strategy, CCEA will hold 7 of the nine board members since their members are big and the balance will be taken by grade one contractors. At the same time the chairman will be elected from the old association and the deputy will be a grade one contractor. The grade one association was formed about 12 years ago to solve problems faced by big contractors.
Amha Sime, president of CCEA, told Capital that working together benefits everyone.

Marking the one year anniversary of the inauguration of Abiy Ahmed...

Under contract players hard to just throw away 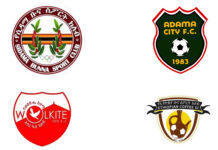