Dashen Bank has mobilized one billion birr just in ten months in the Sharia non interest banking scheme.
Dashen is one of the top two most profitable private banks in the country. In the Islamic banking sector, they are now among the top six deposit collectors.
Asfaw Alemu, President of Dashen, told Capital that the bank delayed introducing the Islamic banking product to conduct a complete assessment. They determined that it required increased security since it concerns religious rules.
“We are the 10th bank to commence the business. First we had to look several things for instance other countries’ well known bank experience, then we identified potential products that the market needs,” Asfaw said.
A Sharia committee or board with relevant qualification has been formed to observe the activity of the Islamic banking and if they should follow Sharia law or not.
Dashen introduced non interest banking at its 400 branches at the beginning of the budget year. The President says it has been well accepted.
The bank has also introduced ATM cards called Sharik for all non interest free banking users and an Annissa card that is exclusive for women. At the event held on Sunday April 21 Dashen also introduced an Islamic gift card, Hibah. The bank has become pioneer by introducing Islamic cards in the country.
On the day the committee and bank officials explained the activity of the Islamic banks of its customers. According to Asfaw, such kind of activities are being held throughout Ethiopia and internationally.
The president stated that in the past almost year the bank focused on deposit mobilization. “Currently we are receiving proposals to finance projects in Islamic business,” he explained.
About a decade ago, the government allowed the formation of Islamic banking in the country followed by the formation process of Zemzem Bank.
The banking sector then added Islamic banking scheme at a separate window. Oromia International Bank is the pioneer of introducing the Islamic financial business followed by the state owned Commercial Bank of Ethiopia, which is now leading the deposits in the non interest banking sector.
Experts in the financial industry and religious scholars claimed that the government misunderstood the concept of Islamic banking that is why it is very poor in Ethiopia.
Such kind of financial business is common and popular not only the Islamic world but other countries.
Mahamud Hassan, one of the committee members, said that Islamic banking is not only giving service for Muslims but it is open to all individuals. He said most religions don’t allow charging interest. “For instance, most of our customers in Kibet Branch are Christians,” he explained.
Experts argued that the sector is better at project financing besides several unique services, but the country has not tapped the sector properly.
Currently 30 billion birr is mobilized from the sector since its commencement in the past few years. 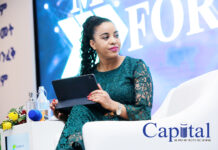 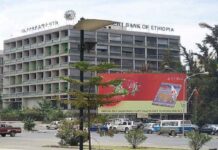