The government of Djibouti has decided to reduce the price of service at Doraleh Multipurpose Port (DMP), the biggest ever sea port facility in the Gulf of Aden. They are able to reduce their price because they have modernized services and thus minimized operating costs according to Wahib Daher Aden, CEO of DMP.

DMP was inaugurated May 24 by President Ismail Omar Guelleh of Djibouti and other top government officials from the region. It is capable of handing many cargo vessels at the same time.
During the press conference held at DMP compound, Wahib Daher Aden, announced the surprising port service charge reduction.
“I have very good news for you,” he said when he was asked about the price from a journalist that attended the press conference.
“The government of Djibouti has decided to decrease the prices of the DMP,” he told an Ethiopian media crew.
“So really there is a big decrease, it has been decided by the government of Djibouti and every forwarder and client in Ethiopia will get a notice,” Wahib added.
He explained that the decrease was applied to every cargo type including general cargo, vehicles, and dry bulk.
Experts said that it is a huge decrease. The CEO said that the government wanted to cut some of the costs from the operation at the port so it would remain sustainable.
He said that some of prices have gone down as much as 45 percent. In general the reduction is between 20 to 45 percent, according to the CEO.
He said that the new port will never be congested since the discharge is undertaken by the port owner itself.
“It is easy for the vessels and truck drivers to just come to the yard and load the cargo,” the CEO added.
The port, which is considered as one of the most advanced in Africa, was completed in March this year and received the first vessel in mid April.
DMP, which is under Port of Djibouti S.A. (PDSA), targets boosting the logistics activity in the region. It has consumed USD 590 million.

At the inauguration, Saad Omar Guelleh, General Manager of PDSA, said that the new 690 hectare facility is equipped with ultra-modern facilities that can accommodate 100,000 deadweight tonnage (dwt) vessels.
The project was started in 2015, and jointly financed by Djibouti Ports and Free Zones Authority (DPFZA) and China Merchant Holding (CMHC), which bought a 23.5 percent share of PDSA about four and half years ago. The state of the art port equipment was all manufactured by the Chinese firm ZPMC.
The geographical location of Doraleh Multipurpose Port provides a naturally deep large quay and 6 berths (to reach 15 berths in the second phase) at 16 to 18 meters in the first phase. The DMP will serve all conventional cargo vessels and related services. It will be linked to rail transport developing an integrated transport and economic corridor.
DMP is able to process 220,000 TEU and 8.2 million tons of non-containerized goods. So far the port has given service to 220 vessels and 1.7 million tons of cargo since it commenced operation about six months ago.
DMP has four separate terminals for handling containers, ro/ro, break bulk and bulk cargos. 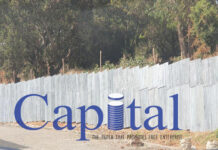 Controversy arises after two title deeds appear for one plot

Somali Region continues to be epicenter of drought, according to WFP