As one of the instruments for the liberalization of the telecommunication sector, Ethiopian Communication Authority (ECA) has drafted a Universal Service Fund Regulation that will be up for public dialogue in the coming weeks.
The authority will be hosting several public discussions with relevant stakeholders and the general public on the best way to sell the 45 percent share of Ethio-Telecom and further provide two more licenses on the liberalization of the telecom industry. 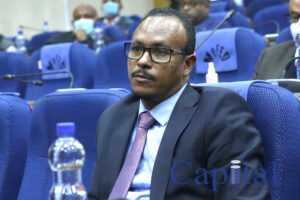 On similar discussions held on Wednesday the 23rd of September at the Ministry of Finance hall, the participants aired out their concerns with regards to the objective and focus of the new coming operators. They feared that the newcomers will be swayed in focus towards the lucrative urban area market which in turn may affect investment flow to the expansion operation of unreached rural areas.
They expressed their concern by meticulously stating that whilst Tele-Com is under the structure of state owned monopoly, the state was responsible in the management of the expansion that aims to cover areas not yet accessed by telecom and this might not be the case when it is liberalized.

Tasew Woldehana (Prof), President of Addis Ababa University and member of the Privatization Council, was keen to emphasize that the privatization process would be a boost to the economy. However, he also sought clarification from ECA on the matter concerning investment in rural areas. “There must be a proposed modality that may guide us as a framework to secure investment in rural areas beside the lucrative business in hub cities,” he stated.
Balcha Reba, Director General of ECA, affirmed that the drafted regulations, set by the authority, sought to answer all the concerns raised by the participants.
He told Capital that ECA has been engaged in studies to come up with a solution on the matter regarding the sector investment in rural areas.
The draft regulation states that for a company to invest in the telecom sector, the interested company must allocate a fund to undertake universal access in the sector. This fund in this case is ‘The Universal Service Fund’.
The Universal Service Fund draft regulation indicated that the fund provided will not be lower than 1.5 percent of the company’s annual total revenue.
“Under studies we conducted, it is to our understanding that for Universal Service Funds others imposed up to 2.5 percent while on our draft we have tabled at least 1.5 percent of the total revenue to be contributed as a fund to expand the telecom sector for neglected areas, which is attainable,” Balcha explained.
He said that in the coming weeks the draft regulation will be discussed by the public and filed to the Council of Ministers for ratification.
The liberalization process is expected to be accomplished towards the beginning of next year and the new operators will commence operations before the end of the first half of 2021.
According to Eyob Tekalign, State Minister of Finance, the prospectus for the five percent share sales for Ethiopians at Ethio Telecom is under draft and an entity will be formed. “Ethiopians will have stake under the entity that will be formed for this purpose,” he added.
According to the government plan, 40 percent of share at Ethio Telecom will be owned by foreign investors and five percent to Ethiopians and the remaining 55 percent will continue under government control.
During the public discussion Ahmed Shide, Minister of Finance, ridiculed the idea of national security threats linked to the privatization process that rose at the discussion. He stated that the issue of fear is overstated.
“On ground, we Ethiopians are a security threat to ourselves as opposed to the upcoming privatization which can easily be managed,” he said as he strongly criticized the idea.
ECA has developed 16 directives. Seven of these directives have passed, five are up for public discussion whereas four of the remainder are under preparation. 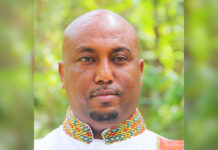