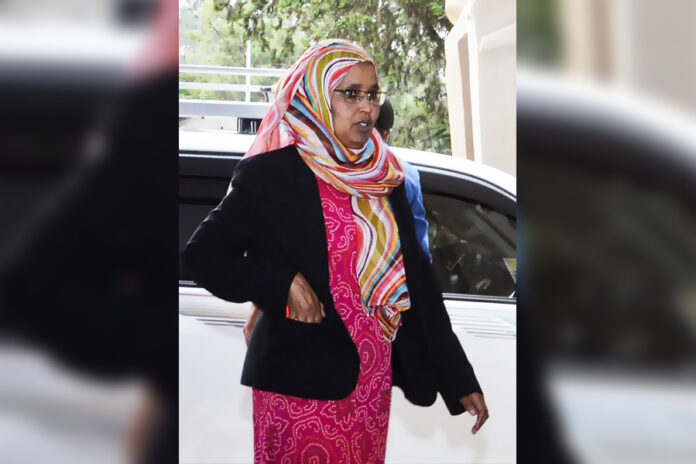 Ministry of Urban Development and Construction (MoUDC) says that it is awarding delayed government office building projects to the public construction enterprise the Ethiopian Construction Works Corporation (ECWC).
Aisha Mohammed, Minister of MoUDC, said that the ministry has been trying its best to accelerate the construction of federal government office building projects, while some of the projects have been delayed due to various reasons.
She said that very few construction companies have handled more than one project which affects their capacity to handle them at a time, “it has also made complex to solve the problem.”
Aisha said that over 70 public offices are leasing private facilities for their activity that is expected to ease construction of their owned buildings, which is handled by the Federal Government Buildings Construction Project Office that is under MoUDC.
“Previously, the projects have contract complication and contractors have also different massive projects besides the public buildings projects. The failure of contractors has affected the accomplishment of our projects that forced us to solve problems on an administrational manner and different supports, while some of the contracts have been terminated,” she explained at the meeting with Urban Development, Construction and Transport Affairs Standing Committee.
“Although we tried to hire other contractors it did not bear fruit. As a result we have been forced to award for the stated owned, the Ethiopian Construction Works Corporation,” she added.
There are also other complicated issues for instance the contractors have taken bank and insurance guarantees to access advance payment and other guarantees, “we are working to solve the matter amicably.”
Aisha told Capital that the failure of contractors is the failure of the sector and directly affects the country’s economy thus the ministry preferred to support them than terminate contracts. “They are our assets due to that terminating the contract is not feasible and if terminating contracts occur, the problem interlinks from the companies to banks. The projects that are taken are very small compared with the problem,” she added.
Tekleberhan Ambaye Construction and Afro Tsion are some of the companies that are in trouble with regards to delivering projects on time.
The Minister told Capital that the effort to solve the problem with Afro Tsion Construction has been achieved, while the effort with Teklebrahan has been solved for one and the other has been terminated.
“Their major problem is related with capital, due to that we are trying to support them to access finance than awarding projects for others,” she added.
Shortages and price hike of construction materials like cement and rebar is also a challenge for the sector.
She further hinted that the project for Civil Aviation will be awarded for another contractor.
Tekletsadik Teklearegay, Head of Project Office, told Capital that the project for Ethiopian Mass Media Agency has awarded for Ethiopian Construction Works Corporation.
According to the Project Office Head, currently 13 projects that are in different stages are under construction, “six of them like projects of National Meteorology Agency, Documentation and Authentication Registration Agency and Ethiopian Leather Industry Development Institute are new.”
Tekletsadik said that not less than 80 public offices are demanding for their own offices building facilities.
Under a cluster, the projects will be handled in the future besides those who may be undertaking their own facilities that is excluded from the 80 offices.
Those that get a green light from the government to undertake projects separately on their existed location are ; the Ministry of Revenue, Job Creation Commission, and Ethiopian Meat and Dairy Industry Development Institute, which is in Bishoftu.
They are under preparation like conducting feasibility study, developing bid document and others to carry out projects.
Aisha said that the government does not have intention to fully cover the demand of the public offices thus supporting by accessing their buildings is also part of empowering the private sector as long as they have facilities as per the standard of the public offices.