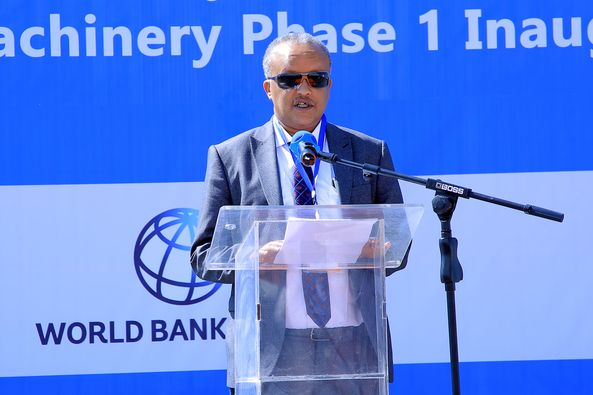 The Ethiopian Shipping and Logistics Services Enterprises (ESLSE) have targeted to procure more trucks for its cross orders operation services.
The state giant that recently imported 150general cargo trucks from Chinese prominent truck manufacturer Jinan Sinotruck Co. at a total cost of over USD 11 million said that it has a planned to add 300 more trucks this time around.
Roba Megersa, CEO of ESLSE, told Capital that the recently imported trucks that did final assembly works in Djibouti have commenced operation by transporting fertilizer from the port.
“The process has been very swift and their certification and registration concluded when they were in Djibouti. The plates were also issued where they were which allowed them to seamless started their operation by transporting fertilizer which enabled us to generate 4 million birr in profit rather than cost in their first trip,” he said.
“We are now expected to have more fleet from the new plan,” he said about the upcoming procurement.
The government has decided on the procuring of 2,400 trucks on the aim to accelerate the logistics service, which has different constrains including trucks, fleet and shortage. Of the stated number of trucks, 400 tracks will be oil tankers. 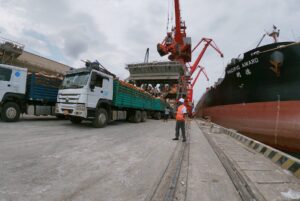 “If we get approval, our proposal is to get 300 of the total 2,000 cargo trucks,” Roba said.
About four and half years ago,215 trucks were purchased from the French automotive company, Renault Trucks that made the total number of ESLSE trucks to about 440, while the coming of the Sinotruk trucks will enable the enterprise to remove old and economically inefficient trucks from service.
Roba said that his enterprise does not have interest to involve itself in oil transportation thus it does not propose for the procurement of such kind of trucks.
Fleet business
ESLSE have two tanker vessels with the capacity of 42,150 DWT that are mainly leased for other markets. Meanwhile, the COVID 19 pandemic has significantly affected the tanker business, Roba expressing how their cash flow is positive. “The global economy has shown slowdown because of the pandemic which reduced the tanker business, which was very profitable during normal times. This resulted in a drop by 9.8 percent,” he explained.
He further reminded that the two vessels that were procured with other 9 general cargo vessels about nine years ago have fully settled their debt.
The other general cargo vessels, Handysize, with the capacity of 28, 000 DWT, which are described as lower than the medium level vessels have in service contributed to a profit of 60 million birr for the first time. “At the current level they are in good operation although about 20 percent of the operation down because of the pandemic,” he added.
“All the nine vessels procured about a decade ago have similar carrying capacity which should be improved. It is not feasible to assign similar capacity of vessels for the distance like to Saudi or China,” he argued stating that it was better to have mixed capacity carriers.
“To tackle the problem in order to become profitable, we assign them on cross trade approach that they may fleet on short distance and up to China when it was their own cargo,” he explained. 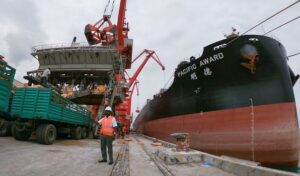 Currently ESLSE is looking to add two more medium level vessels.
“Ultramax, that have a capacity of 65,000 DWT is suitable for our existing operation, since mostly we are carrying over 50,000 tons of cargo,” Roba said expressing about the new plan.
Currently, ESLSE manages the shipment of coal and fertilizer up to 70,000 tons on chartered vessels due to that the ultramax vessels are more economically viable to accommodate its consignment.
“Even if we observe the market, the interest of suck kind of vessels has increased making them profitable, if we lease them,” he explained.
Ultramax and supramax, which is the vessels with 50,000 DWT, are not easily available in the market due to that their demand is very high.
To commence the building of the two ultramax vessels the public enterprise has formed a project office, while the process is not going as per the expectation due to shortage of hard currency. At this time ESLSE has not preferred to use the Chinese EXIM Bank credit as the past. Rather it prefer to use its own finance under letter of credit or suppliers’ credit scheme since its bookkeeping is sound, but the foreign currency crunch in the country delayed the process. 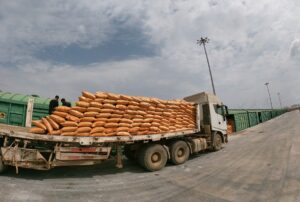 “If we get the finance it will be done within two years,” the CEO said. The two vessels may cost USD 70 million.
The flag carrier, ESLSE, is one of the oldest cross continent vessel operators in the world since it managed the first vessels in March 1964 and now the only in Africa. Currently, it is mainly manages 11 dry cargo ships.
Suez Canal Blockage
The delay of vessels due to Suez Canal blockage would not have effect on ports discharge activity that is in good handling since last year.
Roba said that congestion would not occur at the port because the current three vessels that are on anchorage at Doraleh Multipurpose Port are finalizing the discharging of fertilizer.
The Assosa vessel that comes from Turkey, Memrut Port with steel cargo of steel has passed the canal on March 31 after a five day strand because of the blockage, “It would not have a port issue since Assosa’s destination is Port of Tadjourah.” The vessel is expected to arrive Sunday evening at the port in Djibouti.
Port of Tadjourah, which recently commenced operation at the Coast of Tadjourah in the other water side of Djibouti town, is exclusively assigned for Ethiopian rebar and coal cargos.
The CEO said that two other vessels are coming with fertilizer from Morocco via Suez and one more is loading at the same cargo from the North African country. “We are lucky if there was wheat cargo congestion might be occurred,” he said. 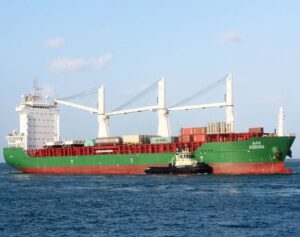