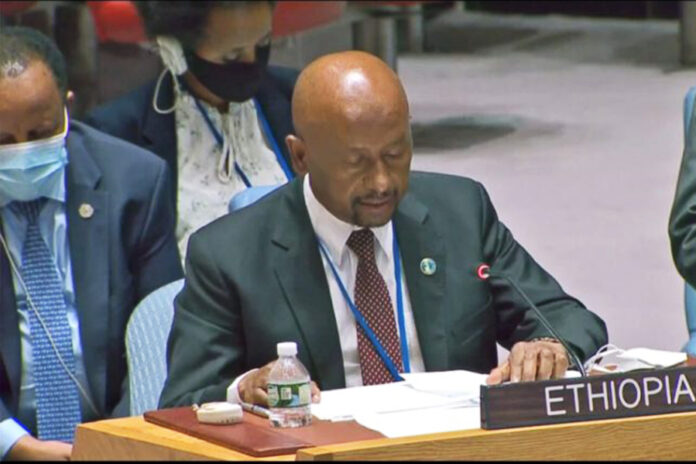 Ethiopians show their solidarity as the UN Security Council convene for an in-person briefing on an ongoing disagreement involving Egypt, Ethiopia and Sudan regarding the Grand Ethiopian Renaissance Dam. The Ethiopians unity comes in the wake of the second filling of the GERD earlier this week despite the crisis in Tigray.
An agreement on the dam can be reached, and must be reached, the United Nations emphasizes while underlining the UN’s readiness to support the countries and the African Union, in reaching an agreement that is beneficial to all sides. 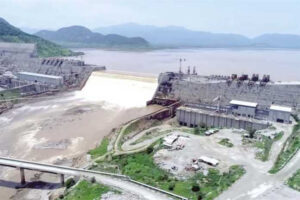 Meanwhile, tensions over the Great Ethiopian Renaissance Dam (GERD) intensify after United Nations Security Council (UNSC) meeting on Thursday, July 8.
The GERD is projected to be the largest dam in Africa when completed. Egypt and Sudan say the dam would restrict their water access and endanger their citizens, while Ethiopia argues the dam could lift millions of its own citizens out of poverty and food insecurity without affecting the downstream countries.
The ten-year conflict has endured multiple attempts at negotiations and international pressure from the United States, Saudi Arabia, and the African Union (AU), among many others.
Egypt and Sudan announced Tuesday they received notice from Ethiopia that it begun the second phase of filling the GERD reservoir.
The Egyptian Irrigation Ministry emphasized its “firm rejection of this unilateral measure,” and labeled the move “a violation of international laws and norms,” in a statement released Monday, July 5. Sudan’s Foreign Ministry described the action as a “risk and imminent threat.” 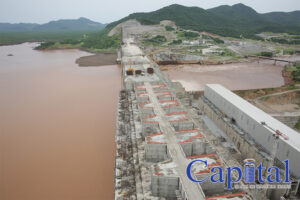 Ethiopia insists that adding water to the reservoir during the rainy season, with high risks of flooding, is a natural part of the construction process and impossible to postpone. Egyptian Irrigation Ministry spokesman Mohamed Ghanim told a local news station that the volume of water in the reservoir would depend on the rainfall in Ethiopia, and that effects on the Nile won’t be visible for at least a month.
The matter was discussed at the UNSC meeting, requested by Tunisia on Egypt and Sudan’s behalf. However, the council announced that it can only “encourage all sides to get back to negotiations,” according to France’s ambassador to the UN.
At the meeting, the UNSC members supported AU negotiation efforts and urged all parties to continue talks. Ethiopia has previously rejected international involvement in favor of AU-led mediations, and Ethiopia’s Minister of Water described UNSC involvement as “regrettable,” urging Egypt and Sudan to continue talks without outside influence.
Tunisia submitted a draft resolution urging Ethiopia to stop filling the reservoir, endorsed by Egypt and Sudan’s Foreign Ministers. The text calls on the nations involved to finalize an agreement in six months.
Egypt and Sudan have been urging Ethiopia to sign a binding deal regarding the filling and operations of the dam. Previously, Ethiopia had stated it will continue the second stage of filling with or without a deal.
Original agreements on the division of Nile control were formed on the basis of colonial-era treaties brokered by Britain. The agreement gave the equivalent of 66 percent of the river to Egypt, 22 percent to Sudan, and 0 percent to Ethiopia. 12 percent is lost to evaporation whilst Ethiopia was not consulted.
Many Ethiopians see the continent-wide record set by the GERD as a symbol of national pride.
With conflicts in Tigray, GERD is noted to act as a ‘unifying factor’ for Ethiopians in a time of crisis.

Board Chairman Abnet faces strong challenge for an overhaul change in...