France’s Minister of Finance Bruno Le Maire met Prime Minister Abiy Ahmed at the Office of the Prime Minister on Monday July 22.
The minister also met with Tewolde GebreMariam, CEO of Ethiopian Aviation Group and Finance Minister Ahmed Shide.
According to Le Maire, who briefed the media after his discussion with the PM “France wants to support the reform that has been introduced by the prime minister and the government for the sake of reinforcing multilateral relationship with Ethiopia and the region at large.”
“We are looking at concrete projects to bring very positive and tangible outcome,” the minister said, adding that “one single example I had this morning is the very interesting and fruitful discussion with the CEO of Ethiopian Airlines on how to strengthen the relationship with Airbus.”
He declined to give details about the discussion between him and government officials. France is also supporting the country in the formation of naval force.

The logic of having foreigners in question at Kidus Giorgis 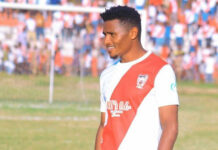 Kebele homes to get holding certificates

Six month timeline for SOE not set in stone