The Federal Urban Real Property Registration and Information Agency said that many government buildings throughout Ethiopia lack title deeds.
According to the agency the exact number of government buildings and offices are not well documented due to negligence during registration.
In an exclusive interview with Capital Solomon Kebede, agency director, said that potential problems will arise from the muddled registration process.
“You know the problem? Most of the government bureau heads think that if a building is held or constructed by the government, no issue will be raised in terms of ownership. This concept is absolutely wrong. You must have the certificates to prove your ownership.’’
“The problem occurs when someone is involved in an argument claiming ownership of the offices, and if the offices don’t have title deeds there will be trouble. The other problem with not possessing title deeds is that someone can sell the offices by creating fraudulent documents.”
According to Solomon, very few lands have been registered so far. This has been confirmed during a recent survey of property throughout the nation.
“Having reliable information made publicly available on land rights, such as a deeds registry or a title registration system, will also reduce the need for individual agents to conduct costly searches to verify the true owner of a tract of land and at the same time reduce the risk of illegitimate challenges to an owner’s right. This can encourage temporary land transfers to more efficient producers through land rental arrangements and reduce inefficiencies from the presence of asymmetric information,” he added.
In the new Cadastral Survey, there were 65,000 certificates of land given out in Addis Ababa form an expected 600,000 land holdings. In the Southern Nations Nationalities and Peoples’ Region 2,360 pieces of land were registered. In Amhara there were 260 plots of land, and in Oromia 538. In Mekele, Dire Dawa and Harar efforts are underway to register land and get certificates to the owners.
Cadastral Surveying began in Addis Ababa three years ago and one year ago in other regions.
“The very poor documentation system in Kebles with regards to title deeds and land, poor coordination among the stakeholders, the complicated nature of land registration are the major problems. We are conducting trainings to improve this,” Solomon said. 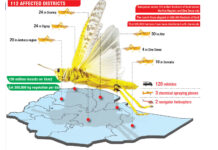 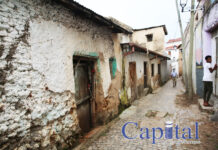