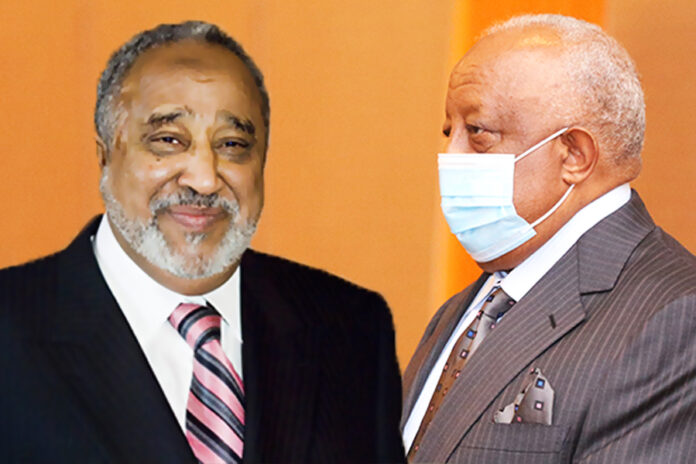 Even if there is no clear information on the issue, as sources told capital, MIDROC is reconstructing its management team and mostly its senior CEO’s to bring about organizational hierarchical responsibilities and transparency.

After Sheikh Mohammed Hussein Ali Al-Amoudi revoked Dr. Arega Yirdaw’s authority as Chief Executive Officer (CEO) of the MIDROC Technology Group on April 2020, a year ago in June, 2020 the Group had announced its decision on a number of changes to the executive senior management of the companies.  The firm focused on implementing a new, restructured governance system, splitting the leadership into four major administrative scopes and Chief Executive Officers (CEOs) which were peaked to prepare MIDROC Ethiopia for the post-COVID-19 world and for the continued modernization and liberalization of the Ethiopian economy.

The four divisions in this core group of companies have each a different CEO. Abinet Gebre-Meskel was appointed as CEO of MIDROC Ethiopia PLC (Mohammed’s main company in the Group), representing the Chairman in relation to important national initiatives as well as overseeing companies in the Hotel, including Sheraton Addis Hotel Construction and Property sectors. He would also continue to lead Pharmacure PLC in the pharmaceuticals sector.

The company was structured in a way that Mohammed remained in full ultimate authority as Chairman of the MIDROC Group in Ethiopia and all four senior CEOs would answer to him directly.

Jemal Ahmed is also authorized to lead the companies involved in manufacturing, mining, and agro-processing owned by Sheik Mohammed Hussein Al-Amoudi, which have larger operations and huge revenue streams out of all the companies falling under the Midroc Group.

Haile Assegede, on the other hand, is assigned for Midroc Cement and United Auto companies also Dereje YesusWork has been tasked to lead the National Tourist Organization (NTO) under the new reconstruction of the group. This offers a coordinated executive approach to the most significant elements in the MIDROC Group (Ethiopia) according to scale and revenue.

The chairman has bestowed his daughter, Rami Alamoudi (PhD), to run the Group on his behalf in case of his absence. It is to be recalled that, back in 2017, the Saudi citizen, Alamoudi was among the detained royal families of the Kingdom of Saudi Arabia upon the orders of the Crown Prince Mohammad Bin Salman. The imprisonment was part of the “royal anti-corruption” measure. Alamoudi was freed last year, nearly after 14 months in detention. However, it is not yet well-known if he can leave Saudi Arabia.

As sources said after the withdrawal of Arega Yirdaw /Phd/ the group has been making certain changes due to un-effective management, however it is still unknown what his role will be after leaving the post, but he is expected to continue participating on companies he has shares in.

Eight migrants drown, more injured off the horn of Africa

The ensuing debate between globalists & patriots