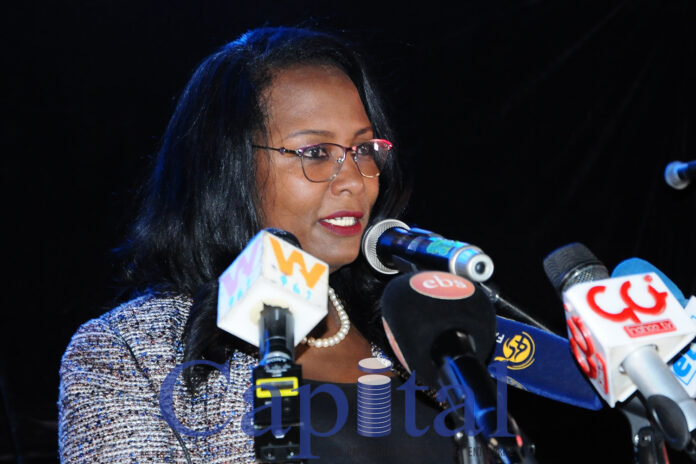 The Ministry of Revenue is set to collect 3.8 trillion birr by end of 2030 from tax and tax related services.
According Adanech Abebe, Minister of Revenue, the ten year plan will cover 85 percent of the finance needs of the nation, on sustaining the rapid broad based and inclusive economic growth.
“We are planning to achieve this provided that the economy will grow as planned,” said Adanech.
“To achieve the goal the ministry is working on advancing its services and the system” said Adanech.
As stated by the minister, the Ministry is working on three main issue, to develop systems and tax laws based on international experience, implementing technological information system and creating well educated human resource to the service, 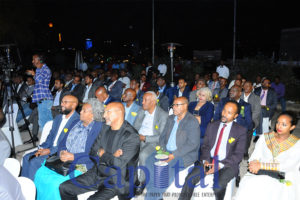 The authority was planning to reach its revenue to half a trillion birr until the end of Ethiopia’s Growth and Transformation Plan II (GTP II) which was supposed to end this year. However at the end of the 2019/20, the plan is to collect 270 billion birr. The Ministry is planning to collect 270 billion birr in the current fiscal year and last year the target was to collect 198 billion birr and it collected 197.2 billion birr.
The first half of the current fiscal year has shown success for the Ministry in regards to revenue collection. The Ministry collected more than its plan set at the beginning of the fiscal year, in which the plan was to collect 125.6 billion birr but the authority manages to collect 127.5 billion birr revenue.
The ministry’s target shows 29 percent increase as compared to the last same budget year.
“This is because of the changing culture of the tax payers and the feeling of responsibility” stated Adanech on the dinner prepared to thank high tax payers on February 20, 2020.
Currently on the federal level there are more than 36,000 taxpayers that contribute 80 percent of the total revenue.
In recent time the authority is starting to implement modern technologies to make the paying system more simple and efficient.
Until the end of the current fiscal year the authority is planning to implement e-refund, e-clearance and certain other technologies.

Safeguarding against another pandemic wave