The Ministry of Revenue announced that it discovered 135 taxpayers had bilked the government 14 billion birr.
Minster Adanech Abebe, revealed that nine billion birr was discovered within the first 100 days of their recent review and then 4.3 billion was discovered less than a month ago. There is another 0.7 billion birr unaccounted for. Among the 135 companies, 70 percent were identified as wholesalers. Also, the first batch of the suspects has appeared in a court of law. The 64 suspects have been paying the tax they are expected to pay but they will still face charges.
From the 105 detainees, 78 offenders were caught red handed, she said. There are also 57 companies under investigation. Besides evading revenue these companies are accused of refunding money by frequently using illegal receipts. The 26 percent of 135 companies listed often declared losses and failed to pay taxes because they said they didn’t make a profit. In total 82 percent of the total suspects are those which declared a loss.
“The change in the economy is expressed in this operation which the tax system failed to collect,” said Adanech. “Because of our failure, people are fleeing their country or going out on the streets because of the social imbalance which we must control together.”
“We have been receiving complaints from retailers that they were unable to issue receipts as the wholesalers didn’t issue one,” Adanech noted. “Even if we do not accept the fact that they bought it without a receipt in the first place we understand that they are trapped into committing crimes while struggling to support their life.”
Adanech said that no one is immune from punishment as 96 employees of the Ministry have been punished following the discovery of misconduct and 26 were recently fired.
“Our employees are not angels and we are taking action to prevent misconduct,” she said. “We are asking the community to cooperate in informing the Ministry of such illegal actions by our employees.”
The number of appropriate transactions has been increasing in the past three months. The number of informants has increased. She stated that the number of companies following the law has been increasing and that the government is grateful for them.
Among the companies in trouble is East African Trading House.
Their Chief Operational Officer, Fitsum Nigussie, stated that the company is accused of a 100 birr incorrect transaction which is defaming the companies 40 year loyal image.
In a recent sting operation employees from the Ministry and Intelligence appeared at their shop around Saris. One of the intelligence members picked an item and left. Within minutes officers arrived and detained the cashier for two days. Workers from 19 other companies were detained on February 23.
Fitsum mentioned that East African Trading, the holding company of East African Group is among a few companies which are known for tax diligence.
“We have paid more than 700 million birr in tax 350 million birr in salary for 6,800 employees,” said Fitsum. “We believe the Minister is an innocent victim here, fed by inappropriate information that has damaged the image we have built for years. We approached the Ministry and checked their database and it shows no other records, besides the latest 100 birr transaction.”
The company also expressed its sorrow that it is struggling with the foreign exchange shortage.
The production performance of the company reached 24 percent with the foreign exchange absence for the past 1.6 years. Being in the final stage of trying to sign joint venture agreements with foreign companies, the forex crisis and now the tax charge hurt their business.
Following the company’s complaint the Public Relations Director of MoR Addisu Yirga told Capital that the intelligence operation was a final stage in the research done by the ministry.
“We have done various researches on the companies before catching them while selling without receipts” said Addisu. “We have the documents and prior investigations which we support by our final works.” 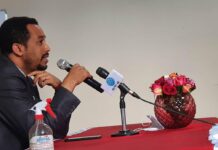 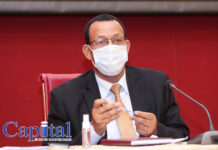 Temesgen Dana head coach to U-17; Atnafu to U-20 national side