The National Bank of Ethiopia (NBE), which regulates financial institutions, amended the ‘Setting of Indicative Minimum Price for Selected Import Items’ directive issued four months ago to tackle under invoicing and the illegal forex market.
The Directive FXD/52/2017 was applied as of the beginning of December 2017 to force hard currency buyers, particularly importers, to access a LC equivalent to the price of the selected imported items. It was calculated using the price valuation that the Ethiopian Revenue and Customs Authority (ERCA) uses to calculate customs duty.
Capital has obtained information from banks that an amendment to the FXD/52/2017 directive called FXD/53/2018 has become effective as of March 15.
According to the fresh directive, banks are authorized to check and approve the price of items. This was previously the responsibility of NBE according to a directive issued in December.  Customers had previously complained that people were supposed to get a NBE approval by obtaining a LC from the banks.  A former expert at NBE told Capital that NBE provided an approval for the price of items that are not found as stated items on the directive. The system created crowded conditions at  the central bank forcing  NBE to give the role to banks.
Article 4 sub article 3 amended the  directive issued a week ago which indicated that a bank is authorized to process import items if the price of the item is not found as stated under article 3.3, which shows the items that are included under the Harmonized System of Commodity Description, of these directives. The directive has also attached a letter format that has to be filled for such kind of process.
The banks are also authorized to undertake the performing invoice on  their own, but  they are obliged to report with relevant documents to NBE every week.
In a related development due to the directive importers have to open an equivalent letter of credit (LC) as per the given price that NBE distributed to banks for selected items. In the past importers may access a small amount from banks other than the exact volume of imported items. They have been using the hard currency from other sources like illegal remittances or the parallel market.
However some of importers like investors that are engaged in different investments mainly on the export sector are complaining about the new scheme. They claim that the directive does not take their activity into account. They argue that the hard currency shortage in the country forces hard currency buyers to wait for several months to obtain the needed amount. They say the new directive affects this  and insist  relevant government bodies lift the directive implementation in their operation.
Experts said that some of the importers are using the imported items as an input for their production in the factory or farms as opposed to selling them. “They claim  that the government should consider  excluding such kind of importers from the new directive,” an expert told Capital.
On the other hand importers also claimed that the directive does not consider the discounts given by suppliers against the minimum indicative price of NBE when they order bulk purchases.
They claimed that the price reduction on the bulk purchases has to be considered on the directive. “On the other hand the directive has forced us to bring phony invoice documents,” importers said.
The former NBE expert told Capital the under invoice issue has been a problem for the country and it has also contributed for the country to be criticized by others as a place where people launder money and a hub of illegal money transfers.
Besides that the tax, duty and other issues have been directly related with the issue. “Previously a car importer would open an LC worth USD 100 for the import of a car but the actual price of the car is USD 8,000, while the difference was filled by illegal market sources like informal remittance schemes. The current directive shall alleviate the misbehavior by using a Harmonized System of Commodity Description an internationally standardized system of names to classify traded products and issued by ERCA,” the former NBE expert said. 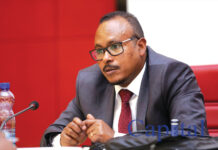 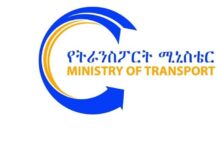