The National Bank of Ethiopia (NBE) is drafting a directive on Open Market Operations (OMO) and Standing Facilities (SF) to establish a formal and modern interbank money market on the itinerary to capital market.
Since the Home Grown Economic Reform Agenda was introduced about two and half years ago, the government has been putting in place different reforms and introducing new approaches to improve and correct the macroeconomic imbalance whilst commencing new economic paths.
The development of financial market is one of the pillars that have mainly engaged the liberalization of the sector for the Diaspora. 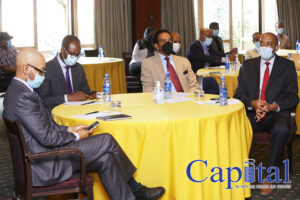 Rippling the NBE bills has also been implemented in November 2019 which was the other move that was followed by the improvement of the money market.
On this money market development, the Treasury bill (T bill) was liberalized in December 2019 in to the competitive auction and free for interested players.
On this reform, the volume of money that was collected under T bill has expanded significantly and even contributed to the government to replace the major share of direct borrowing from the central bank.
In the second phase the development interbank money market is in works.
At the latest CEOs Forum on the theme, ‘Capital Market Proclamation’ that was organized by Precise Consult and held on Friday April 23 at Sheraton Addis, Melese Minale, Senior Macroeconomic Advisor at NBE expressed that the NBE is working in developing the formal interbank money market.
“There is no interbank money market today. Whilst there is informal deposit placement between banks, that is not really efficient. It is not long term and based on bilateral and mutual trust. So it is not as a formal market and is not equally serving the banking industry,” he said.
The Senior Macroeconomic Advisor added that to develop the interbank money market NBE has hired a consultancy firm based in the Netherlands, working on the area of capacity building, legal framework for secure financial transaction, market infrastructure such as Central Security Depository (CSD) and trading platforms and others. “We are working with banks since they are part of capacity building,” he remarked. 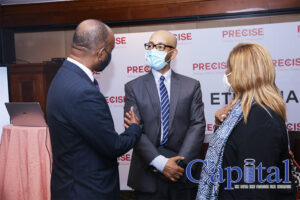 Melese told Capital that, including banks in capacity building helps them better understand how to trade among themselves in the modern platform. As a market maker, NBE will introduce market instruments based on monetary policy operations that are OMO and SF.
The directive for the OMO and SF, shall avail instruments to provide and absorb overnight liquidity at banks, and is under development and will be launched in the near future.
Introducing these instruments means NBE is trading with banks and when banks have marketable security instruments they shall trade it as using collateral with each-others.
According to Melese, legal and regulatory framework has also been incorporated with the capital market proclamation to legalize the money market instruments, which is a primary market.
The market infrastructure such as CSD is enables to register securities electronically at a central platform that allows interested trader to use it electronically.
“So far, currently, a bank that demands to borrow from NBE is required to come physically with collaterals like T bills or other physical certificates, which is inefficient. But if it is deposited at CSD any bank need not to come physically, while using the trading platform at the core banking system,” Melese, who is one of the leader for the formation of the capital market for Ethiopia, explained.
He said that NBE is developing the CSD infrastructure on the process of launching the new scheme at the primary market. 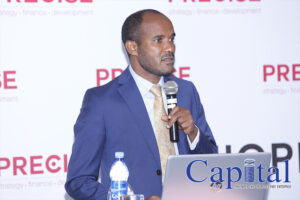 Melese reminded that the current interbank money market is inefficient in different forms. He showed that trust is the only bandage for trading rather than under a legal framework, due to that the interest rate on the current interbank trade is very high.
“The money market should be highly secured and this may happen when banks have marketable liquidity on their hand as collateral whilst NBE is involved as a regulator allowing trade with banks itself,” he added drawing a picture of what the new scheme will create when it launches.
Currently, the central bank is providing loans for banks on two traditional forms; standing facility and emergency liquidity assistance.
On the new money market, NBE shall be lending money on a standing facility on penal rate and at the same time it shall have an overnight deposit facility for banks that have excess liquidity at a predetermined interest rate. “So the interbank money market is benchmarking between the middle of central bank’s lending and deposit interest rates that allow NBE to introduce guidance,” he elaborated further regarding the standing facility.
The emergency liquidity assistance may lead for investigation at the banks before providing the money.
Melese explained that modernizing the money market is crucial for knowing the overall market since it is a liquidity source and the benchmark of pricing, “For instance in the US the T securities margin is the standard for other market.”
“Due to that modernizing the primary market will help for the upcoming secondary market that is expected to be introduced and is in due process since the Capital Market Proclamation has received approval by the parliament,” he told Capital. 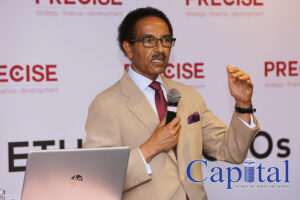 On his presentation at the CEOs Forum, the Senior Macroeconomic Advisor also told participants that the benchmark for pricing of any assets in developed market economies is financial market instruments in particular T bills, “without that it is not even clear how you price assets. For example I don’t know how banks price collateral assets today; simply because there is not a benchmark and there is not transparent market where we can see the price of an asset. A clear and transparent market for assets is crucial for efficient resource allocation.”
On the capital market forum that mainly involved the private sector actors as participant, he showed the different rationales on how the new market would benefit the economy.
The commencement of capital market would have different inputs for the economy starting from the expansion of the liquidity in the economy.
“Based on different surveys of the World Bank, World Economic Forum and other local studies access to finance is indicated as a serious bottleneck for the Ethiopian economy and doing business that shall be mitigated by such kind of secondary market mainly for long term projects,” he said.
Developing alternative financial market opportunities has also a rational of market foster price discovery and promotes very important efficient allocation resources in the economy.
Mobilizing national saving would create massive liquidity which will benefit the economy. National saving, mainly the financial saving, will narrow the absence of opportunities for long terms saving in the economy. 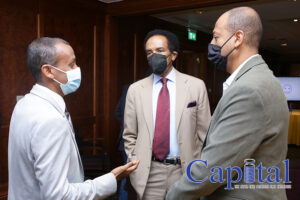 Ethiopian to plant 9 million trees across the country through UN...

Ethiopia announced that it found traditional medicine for covid 19