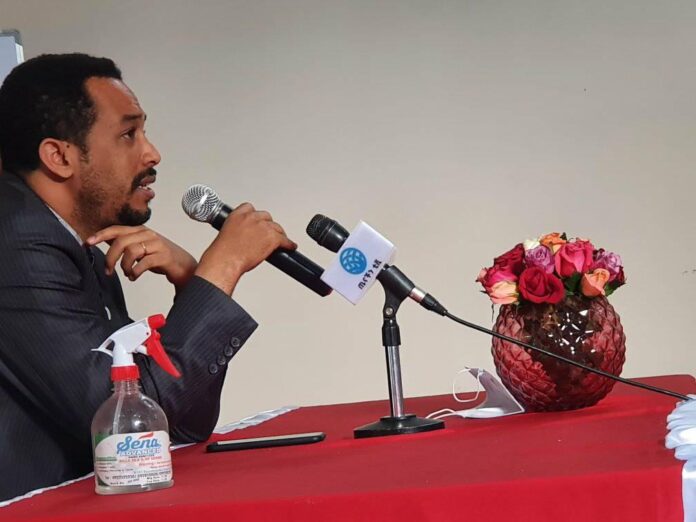 Ethiopia finds suspects of the new COVID variants after preliminary research by the Ministry of Health /MoH/.
Dereje Duguma, /MD/, State Minister of Health told Capital that there are some suspected cases in which the ministry is working to figure out the type and the condition of the case. “Scientists are working to learn more about these variants to better understand,” said Dereje.
The COVID-19 pandemic continues to consume the Public Health sphere as multiple COVID 19 variants circulate globally. Several new variants emerged in the fall of 2020, most notably from UK, South Africa and the new one in Brazil. These variants seem to spread more easily and quickly than other variants. On variants, the WHO Emergency Committee /EC/ called for a global expansion of genomic sequencing and sharing of data, along with greater scientific collaboration to address critical unknowns.
As Dereje said, MoH in collaboration with other public health agencies is monitoring the situation closely to differentiate the type of the variant. As he said after full investigation and findings the ministry will officially disclose the case to the public in the coming week.
According to the center for disease control and prevention, the new strain has key gene changes to its spike protein that help the virus pass more easily from person to person. It is estimated to be about 50% more contagious than the main versions of the coronavirus circulating now. It was first detected in the U.K. called B117 strain and has forced England, Ireland, and Wales into another round of tight lockdowns as patients overwhelm hospitals there.
On 4th of January, South African health officials announced they, too, have detected a new, seemingly more contagious strain. Called the B.1.351 lineage, the new strain identified in South Africa is thought to be more transmissible.
As reports show, the B117 strain appears to spread much more easily than previous strains of COVID-19 that it spreads up to 70% more easily.
‘How widely these new variants have spread, How the disease caused by these new variants differs from the disease caused by other variants that are currently circulating How these variants affect existing therapies and vaccines’ is still under investigation by CDC.
In the United Kingdom (UK), a new variant of SARS-CoV-2 (known as 20I/501Y.V1, VOC 202012/01, or B.1.1.7) emerged with an unusually large number of mutations. This variant has since been detected in numerous countries around the world, including the United States (US) and Canada.
In South Africa, another variant of SARS-CoV-2 (known as 20H/501Y.V2 or B.1.351) emerged independently of B.1.1.7. This variant shares some mutations with B.1.1.7. Cases attributed to this variant have been detected outside of South Africa.
In Brazil, a variant of SARS-CoV-2 (known as P.1) emerged and was identified in four travelers from Brazil, who were tested during routine screening at Haneda airport outside Tokyo, Japan. This variant has 17 unique mutations, including three in the receptor binding domain of the spike protein.

What a threat as well opportunity for EFF President Issayas Jirra