Half of soap on the market below standard 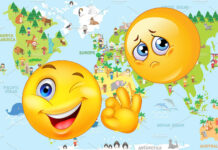