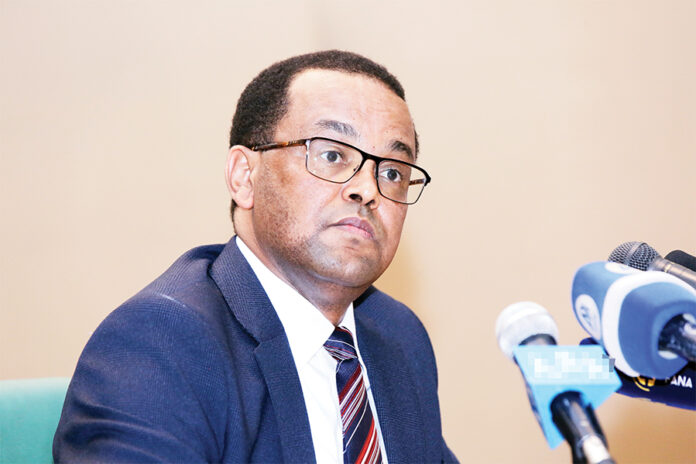 National Bank of Ethiopia (NBE) announces that it will not give any extension for the under formation banks to come up with the required capital until the second week of October.
It is to be recalled that under the ‘minimum capital requirement for banks directive no. SBB/78/2021’ NBE called under formation banks to finalized their process and file their application for the regulatory body in six months time.
The revised directive has climbed the former minimum paid up capital by 10 folds to 5 billion birr. However, NBE has given room for those who are selling shares to be established by the former 500 million birr mark if they shall fulfill the stated amount in six months time starting from April 12.
Now the six months deadline period would have only two months, while a handful of banks are sharing their share on the market.
Yinager Dessie, Governor of NBE, early this week strongly announced that it would not give any extension from the timeframe that was stated on the directive, which entered into force as of April 12.
The Governor said that there are some under formation banks that are tirelessly working to come up with the requirement and some others are in difficulty to amass to the amount, “we will never give extensions due to that they have to come as per the period.”
He stated that the capital that increased to 5 billion birr is not that much big amount, but the government consideration that the banking sector is growing.
“If we compared Ethiopian banks with others they are small in terms of capital and service. The current massive profit in the banking sector is the result of that is prohibited others to entre in the market. Any time the government shall change it policy due to that financial firms have to be strong as soon as possible to be competitive any other countries banking industry,” he added.
The NBE directive stated that banks in the process of share subscription, which succeeds to collect 500 million birr from founding shareholders, are asked to hold subscribers meeting and submit final application to the national bank within a maximum of six months after the effective date of the directive and will be permitted to get banking business license within a minimum of 500 million birr paid up capital. “However, such bank shall be required to comply with the five billion birr capital within seven years after they started operation.”
Currently, interest free and conventional banks are selling their shares, meanwhile the deadline that would be October 12 is closer.

So far two interest free banks, Zamzam and Hijra, and Goh Betoch banks have secured their license from NBE to start their business. Ahadu, Tesehay, Geda and Amhara have concluded their founding assembly and filed their application to get the green light.
While the under formation banks are required to comply with the new requirement within seven years after commencement of banking operation.
The revised NBE directive stated that existing banks shall raise their paid up capital to five billion birr in five years’ time until June 30, 2026. It hsd also ordered banks to come up with an action plan for capital increase within 30 days.
So far as per the NBE 3rd quarter bulletin that reviewed the economy until end of March, 2021; Awash, Dashen, Nib, United and Cooperative Bank of Oromiya are the banks that have already surpass the minimum paid up capital requirement set by NBE in April. Wegagen and Abyssinia banks have also closed for the minimum capital that supposed to be reached by 2026. Meanwhile, Amhara has not started operation though it has a paid up capital of over the NBE minimum requirement that is to be fulfilled in seven years as per the directive.

THE USE OF ART

Safaricom Ethiopia engages with financiers ahead of its operation