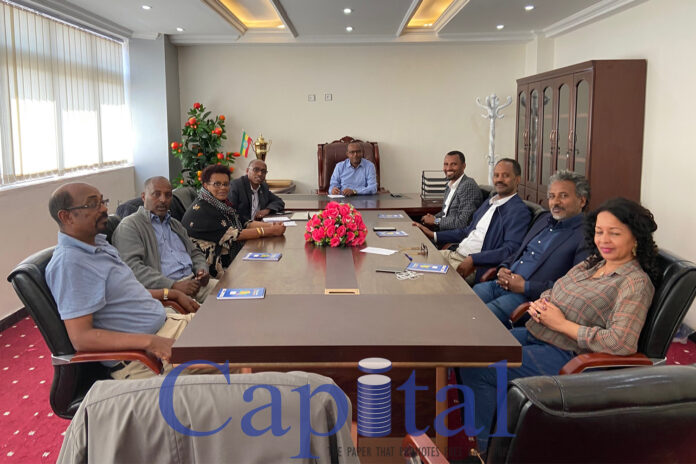 The new policy change of the government in the aviation industry is bringing private companies to be interested in the aviation industry. One of them North Star Airways that would make its hub at Meqelle, one of the destinations for international airports in the country is now under formation.
The company under formation by the initiative of Mekonnen Assefa, a diaspora, Abay Mehari, president of Wegagen Bank, Gebreegziabher Gebremariam, former athlete and businessman, Kelali Adhana, lecturer at Mekele University and Brook Abayneh as a founding board members has been in activity since August last year.
In February 16 the under formation aviation firm has kicked of the founding assembly at Meqelle town, which will be its future hub.
At the meeting, about 400 potential investors attended, according to Mekonnen, who is elected at the assembly as deputy board chair for external relation.
He told Capital that the founding meeting has elected Getachew Solomon, President of Lion International Bank as board chairperson for the aviation company, while Kelali will serve as deputy for internal relation. 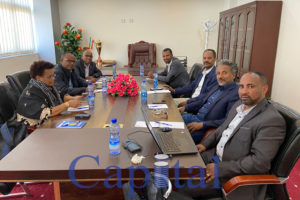 Mekonnen indicated that the government’s decision to open up the sector and even share sales on the national flag carrier and Single African Air Transport Market of African Union encouraged the founders to form the company.
“Besides that the recently amended proclamation law that lifts the seat limitation on the aviation industry has also present a good opportunity and encouraged us to realize our dream,” Mekonnen said.
He added that the peace deal with Eritrea and market demand is the other reason to come on the business.
“Ethiopia has four international airports; Bole International Airport located in Addis Ababa is congested, while Bahir Dar is far from sea ports,” Mekonnen said. “But Dire Dawa and Meqelle Alula Aba Nega airports are the closest for ports, and the comparative advantage of Meqelle is it is the nearest for ports in different countries including Djibouti, Sudan and Eritrea,” he added.
That is one of the major reason the founders preferred Meqelle as a future hub for North Star besides the region is highly attracting new investments, according to the founder.
As per the plan the company would mobilize USD 134 million and targeted to be operational within two years period.
“So far we are not aggressively getting on the share sales but it will happen in the near future after we finalized our office structures,” Mekonnen said.
A single share will have a 10,000 birr value and the minimum share that can be bought is 30 shares and the maximum is 3 million birr but it will increase in time, according to the founder.
After their first meeting the founding board met with regional administration officials including Abraham Tekeste, Head of Trade and Industry Bureau of Tigray region, who appreciates the initiative. 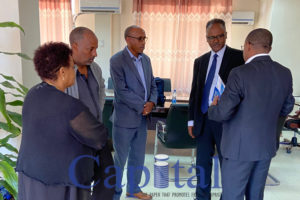 Mekonnen said that as per the initial study they find out the sector has enormous potential as a business. “Based on initial study we have identified that the aviation industry not only internationally but in Ethiopia will have more demands,” he said.
According to Mekonnen, based on a 2017 aviation study South Africa that has less than 60 million population has more than 5,000 aircrafts and when it comes to Kenya it has over 2,000 aircrafts with less than 50 million population.
“When it comes to the number of aircrafts in Ethiopia it is about 140 in 2017 but the population is more than110 million with booming population and the increasing need for air transport is growing,” he added.
According to the plan all services; passenger, cargo, maintenance repair and overhaul (MRO), aviation academy and hot air balloon will be started when the company commences operation.