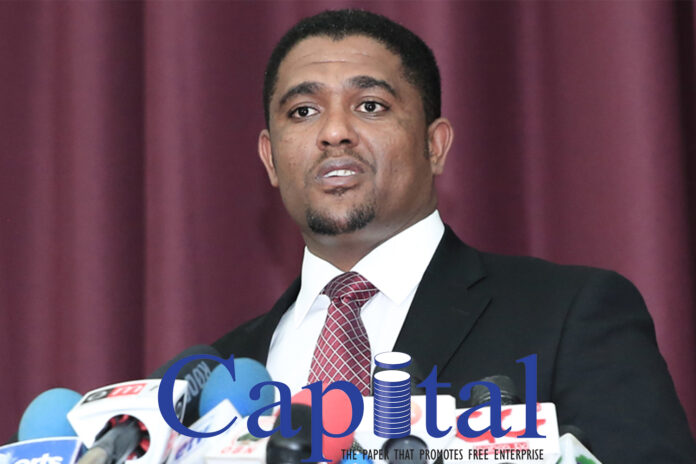 Deputy President of Oromia Region, Shimelis Abdisa blames investors in the region for their action of bribing the civil servant and public office leaders that brought a huge crisis in the region.
“You have created corrupted officials up to the upper echelon where it disabled the current administration to move forward,” said Shimelis at the Investors’ Day organized by Oromia Region President’s Office at Elilly Hotel on Thursday January 2.
The President added that unless the investors work with regional government there will by no way out of the current crisis.
The region’s officials stressed the need to transform from the conventional way of performing and serving the people to a new paradigm of development strategy of Performance Management and Delivery Unit (PEMANDU) Model which is going to be implemented in a few weeks’ time.
PEMANDU was first applied in Malaysia in 2009 to pull out of the development crisis and served to double foreign direct investment (FDI).
“We need to put our investors in a driver’s seat and shift our development endeavor strategy where government role will focus on supporting the private investments,” said Sisay Regassa, Oromia Region Technical Advisor on job creation.
The Oromia Regional State, in its 20 zones and 19 towns are ready to implement the Big Fast Result (BFR) strategy that will last for the coming 3-5 years aiming at creating millions jobs for youth.
According to Sisay, the region which is deep in a youth unemployment crisis, the economic development the country registered for the last 15 years will not save nor solve the issue of job creation. To this end the region need to implement the big fast result model to quickly solve the problems.
Over 300 investors from manufacturing, mining, agriculture and tourism gathered to single out their bottleneck in accordance with the new paradigm that the Region decisively plan to work on the untapped resource of the region to create more jobs as quick as possible.
The Malaysian government set up PEMANDU to lead change in the country and to ensure that its national transformation programmes were successfully delivered. It has focused on the key areas where public services and the economy were most in need of reform and has made a positive impact on such issues as crime prevention, reducing levels of corruption, and improving rural infrastructure.
An expert who requested anonymity told Capital that the on and off political instability is affecting the investment.
“We have not seen burning factories like a year ago, but the displacement of people, the clashes, and the protests occurring throughout the country are affecting the investment inflow, and insecurity discourages business investment, it scares people. This is because it accelerates the cost of doing business either through direct loss of goods and properties or the cost of taking precautions against business risks and uncertainty. These costs could have a negative impact on business development and progress” the expert added
The investors from their respective sector will explicitly write down the bottleneck in investing in the region to be used for planning and assessment. The president of the region urges the need to collaborate to fight corruption and create jobs.