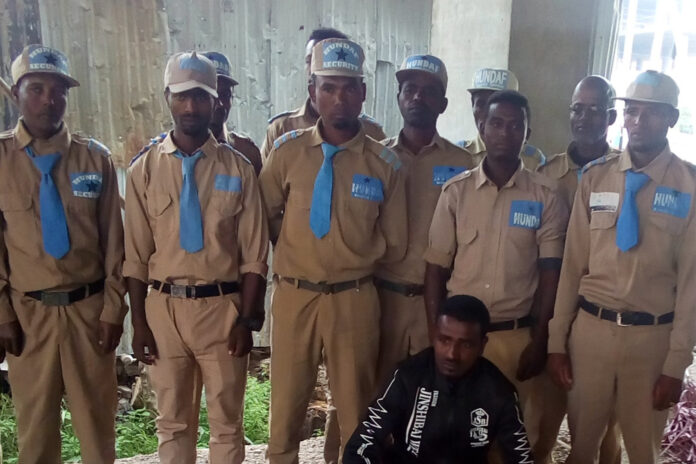 Security service providers formed a new association named Abay by 21 member companies.
According to Abel Worku Managing Director of Lion Security Service PLC which has more than 5,000 employees over the country and founder of the union, “the union gives us strength to stand for ourselves, it helps us to respond the grievance raised on the service providers.”
These companies are known by providing security personnel to international organizations, non-governmental organizations, governmental organizations, private companies, hotels and private residential quarters.
Mostly these service providers are said to be taking advantage of their employees as most of the employees saying that the percentage share the companies took compared to what they pay their employees is not fair. The employees say that the agencies share up to half percentage of their salary.
“The first thing which need to be understood is that we are not an agency, we are employer companies, we get the license from Ministry of Trade and Industry not from the Ministry of Labor and Social Affairs,” says Abel.
The Ministry of Labor and Social Affairs recently developed a protocol which set 20 percent share to be taken by the agencies and the rest 80 percent to the employees.
Even if the protocol is adopted by the Ministry, Abel said that the service provider companies did not agree on the issue. “The protocol is currently suspended by court after the agencies took the case to court,” Abel said.
The Ministry is planning to enact the protocol starting from June 30, 2020.
“We have to pay tax, pension, uniforms, and such other things for the employees and this is why we understood the need of establishing a union, to strength our stand,” said Abel adding that the service is serious with huge responsibility.
There are 287 security service providers in the country. According to Abel, membership of this union is based on their performance, legal documents and should be taxpayers.