The third round Green Legacy seedling initiative under the motto ‘let’s adorn Ethiopia’ was launched at an event held at the Office of the Prime Minister on Tuesday May 19.
On this year’s initiative six neighboring countries have been included and some of them have already started receiving seedlings to plant inside their borders.
Under the new effort towards Green Africa, one billion tree seedlings will be given for regional countries. Oumer Hussien, Minister of Agriculture, said that for the year including the reserves about 7.7 billion seedlings have been prepared of that over six billion will be planted in Ethiopia. 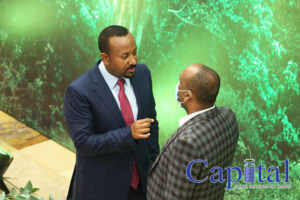 The seedling portion per countries is as follows; Kenya 386 million, Sudan 316 million, Somalia 129 million, South Sudan 91 million, Eritrea 29 million and nine million for Djibouti.
In Ethiopia, Oromia region is expected to plant 4.5 billion, Amhara 1.6 billion and SNNP 1.36 billion.
According to Oumer, the seedling preparation was handled in 124 stations and the planting will cover 1.9 million hectare of land.
The initiative will cost 900 million birr that’s partly covered by partners and the balance from the government.
Prime Minister Abiy Ahmed said that in the economic estimation it is the investment of six billion birr. He called all citizens to partake on the initiative whether there are differences in different issues.
When the initiative started in 2019 the plan was to seedling four billion trees, while the actual achievement was 4.7 billion that is also 5.9 billion in 2020 rainy season but the plan was five billion seedlings.
The number of people who had participated on the Green Legacy seedling was 20 million, and 23 million in the first and second year respectively.
However, for the current season it is expected that 25 million people will participate on the initiative. 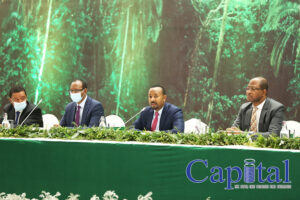 Oumer said that the performance of the past two years’ effort of the seedling was fruitful.
This year edible trees have been included in the seedling line up.
“Taking such kind of greenery initiative in this period makes us lucky since deforestation and desertification is one of the global major challenges,” Demeke Mekonnen, Deputy Prime Minister, said.
On the day, Abiy presented seedling gifts for the federal and regional officials to plant at their home.

Experts from the Global South urge developing countries to lead on...