The newly formed region Sidama disclosed that it is aggressively working to attract new investments.
Sidama officially became a standalone region about two months ago after securing a budget in the 2020/21 budget year. It has since then become eager to improve the investment flow in its potentials.
In the past, when it was one of the zones in the SNNP region, with its town Hawassa, it was one of the major hotspots for investment. Now that it is independent, it is eager to continue with the same.
Particularly the lake side town and capital of former SNNP region and current Sidama capital, Hawassa, has attracted local and international hospitality sector investors. It has now become one of the recreation and conference destinations for local and international visitors.
Desta Ledamo, president of Sidama region, told Capital that the new region has been focused on ensuring peace and stability whichthat is now fully achieved.
“As an administration that started fully functioning two months ago, besides ensuring the stability of the region we have also focused on the service that we will provide for investors. We have keenly noted the area where we want to accelerate our service provision as per our investors demand, that is, in addition to developing the required infrastructure,” Desta Ledamo stated.
“We believe that the region has big potential for various investments and to that effect we have commenced promoting the investment opportunities,” he added.
The region has targeted to expand export oriented investments like the coffee sector and other industries like the textile and garment sector that existsexisted in Hawassa.
New park is being developed for the production of textile and garment which we are consequently focusing on its export market.
The town is also the destination for the first and biggest statestated owned industry park in the country that is mainly producing garment and textile for prominent global brands and retailers.
The region is also one of the sources of coffee beans, which is the major source of hard currency for the country.
Desta said that his region has given attention for the expansion farming, “We are targeted to supply more coffee beans to the central market for export.”
According to the president, to attain the target the region is working on expanding the farmers’ coffee garden and productivity based on the required science.
Besides expanding the beans volume, value addition has received attention by the region.
“On the value addition scheme investors have already secured a location at Yirgalem Agro Processing Park, 323 km south of Addis Ababa,” he added.
“Our region is very close tofor the central part of the country and also easily accessible by air and in the near future on express road. This is a good opportunity for investment flows in the region besides its resources,” he said.
To sustain the investment flow the president underlined that peace and security is a priority that the region should ensure than the experience observed in other regions.
On the process to secession from SNNP, Sidama has been experiencingexperienced instability, while the president confidently stated that his region is now totally peaceful.

Ethiopia in Cecafa Group “B” competition 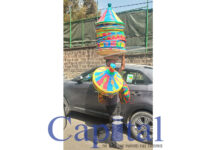