The Ethiopia Bankers Association (EBA), which represents private and public banks, bids farewell to two former bank presidents, Addisu Habba, former longtime president of the association and president of Debub Global Bank, and Taye Dibekulu former president of United Bank on January 31. Abe Sano president of EBA during the ceremony thanked both for their services they rendered during their tenure in their respective banks. He further said that the outgoing presidents should help those who are still in the sector.
“It is a time to test the banking industry. Unknown conditions are seen in the banking industry. On the Ethiopian banking industry cash shortage was not seen in the past” Abe said during his speech.

“Few years ago there were programs designed to use idle cash. The hard currency shortage was not the issue despite there was not big foreign currency at the time, while the demand was small. Know the demand has expanded compared with the supply,” he added.

Ethiopian Airlines negotiating with its suppliers for price reduction 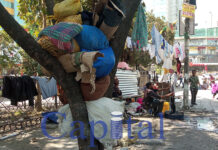