Hachalu Hundessa, an iconic Oromiffa singer who well known for his motivational songs, was shot dead, around Lebu Condo area, on Monday June 29 at around 9:30 pm.
The heartbreaking news of Hachalu, 36, has been a disaster for his fans who mourns for days. “Hachalu was not just a person and a singer, but he was true a symbol of Oromo resistance. He was a courage personified,” one of his fans wrote on social media.
Hachalu, who was born in Ambo, 125km west of Addis Ababa, is well known by his inspirational songs like ‘Malan jira’ and ‘Jira’. These and other songs of Hachalu are stated as a tool to accelerate the demand for freedom and democracy in the society.
Most of his fans described Hachalu as a hero, who choose to fight the authoritarian regime without fear while others preferred to lay low or leave their homeland. 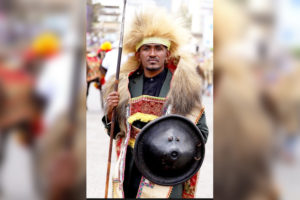 In an interview with an Amharic magazine in May 2018, Hachalu described himself as a politician, “anyone can not be separated from politics even though he or she are not a member of political party or does not have direct role in politics. I may not be a member of the parliament, or leading public offices but I will contribute my part by using my profession,” he was quoted as saying.
Hachalu has been harassed and imprisoned in different occasions in past many years.
According to him, his songs have been banned to be aired on radio and TV stations and even he could not perform In Addis Ababa for years.
After the current political change came and the country go through a democratic reform about two years ago, business elites recognized the singer for his role and awarded him an automobile that is worth over 2 million birr. At the time he said that it is a symbol to give recognition for his contribution and encourage him to do more to serve the society.
Even though the musician plays music in Oromiffa language he has fans from societies who does not understand the language.
On his one of interviews Hachalu stated that he listens all songs from old to contemporary from different nationalities in the country, “that helps me come up with strong melody that get acceptance with all cultures and ethnical diversities.”
Eye witnesses indicated that the singer was shot on left side of his chest, while he was sitting inside his car.
The musician’s body was laid at his birth place, Ambo, on July 2 in a funeral procession attended by his family, friends and thousands of his fans. 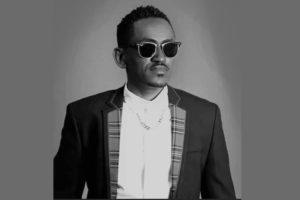 On Saturday July 4, 2020 a fundraising committee met at the Sheraton Addis to discuss ways on how to help Hachalu’s family consistently. The committee comprised of government officials and other stakeholders said that there will be no fundraising committee to help the musician’s family but the legitimate one will be theirs. Hachalu is survived by his wife and three children.