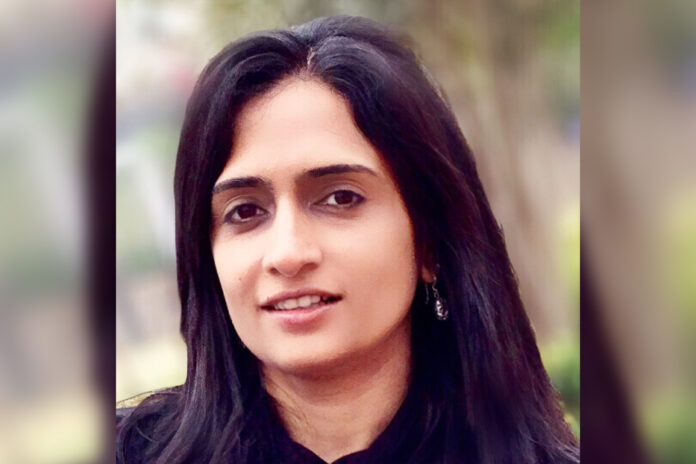 Founded in New Delhi, India in 2003, Vital Strategies has gone on to help governments strengthen their public health systems to contend with the most important and difficult health challenges. This leading global public health organization and a trusted partner of governments and civil society organizations around the world brings to the table the best of public health thinking to design solutions that can scale rapidly and improve the lives of millions of people. Part of the depth and breadth of expertise in the organization is one Nandita Murukutla with a knack for social science. Nandita, a profound social scientist holds a PhD in Social Psychology from the prestigious Yale University, furthermore she has an in-depth background in behavioral economics.

Nandita leads Vital Strategies as Vice President in Global Policy and Research. In this global health organization, she has diligently continued to empower policymakers and program managers to make evidence-driven decisions that achieve health impact and protect investments. She collaborates with academic experts and lead a team of researchers at Vital Strategies in primary research, monitoring and evaluation, and policy analysis. This research has been applied by governments and other stakeholders in countries across Africa, the Americas, Asia, and Eastern Europe in the areas of food policy, road safety and injury prevention, tobacco control, maternal and reproductive health and more recently to the public health response to COVID-19. In addition, she also oversees the division’s programs and government engagements in India.

Self-driven at her core, she believes strongly in the importance of translational science for an effective global health governance system, and often she is involved in efforts to ensure that international policies and standards reflect the latest evidence.

Recently, she directed an interesting report titled: ‘THE SOBERING TRUTH: INCENTIVIZING ALCOHOL DEATH AND DISABILITY.’ While giving an in-depth overview of the report she expressed that the Economic incentives may sound like a good thing-financial motivation to encourage people or groups to take actions. But economic incentives aren’t always good for everyone involved she highlighted more so when the incentivized “actions” contribute to the death of 3 million people per year and cause significant injury, suffering and disability, then these “economic incentives” take on a negative and sinister connotation. She uttered, “They become, in the words of economists, “perverse.” This report-the first of its kind-lifts the lid on the significant economic incentives that governments and international development agencies give to the alcohol industry, even though the industry has a well-known postmortem record of causing death and harm. Harmful alcohol consumption, such as binge drinking, affects a range of health, social, and economic factors. Among them, it: Leads to one death every 10 seconds-3 million deaths per year globally; Is a leading risk factor for noncommunicable diseases (NCDs), including cancer, cardiovascular disease and liver diseases. Can worsen the course of infectious diseases, such as tuberculosis, HIV/ AIDS, pneumonia and yes, COVID-19; Is the leading global risk factor for death and disability for people 15 to 49; Can exacerbate mental health conditions and contribute to violence in the form of homicides, suicides and domestic abuse; Caused approximately 370,000 deaths on the road globally in 2016. It is, therefore, utterly mind-boggling, given the huge toll of death and disability, that high-level global development agencies would incentivize countries to give financial breaks to the perpetrator-the alcohol industry-under the guise of development assistance.”

The question still remains, how can we square off the benefit of development assistance with the loss of 3 million lives a year and a long-term destruction of health and mental well-being? How can we justify the benefit of development assistance when the vast majority of beneficiaries of incentives turn out to be multinational alcohol corporations from high-income countries?

Capital: Your report finds that governments and development agencies give substantial financial incentives to the alcohol industry, and such incentives are commonly disbursed from high-income countries to transnational alcohol corporations producing and selling in low- and middle-income countries. Can you explain this finding further and its implications?

Nandita Murukutla: The Sobering Truth: Incentivizing Alcohol Death and Disability reviews publicly available data on economic incentives going to the alcohol industry over the past 25 years from governments and development agencies. We find that significant investments, including development aid intended for the welfare and growth of those societies, are most often allocated in low- and middle-income countries for the production and promotion of alcohol, a product that is well-known to cause extensive death and disability. Governments, the development community and concerned citizens need to reexamine the current economic incentives to the alcohol industry. There’s a contradiction between the stated intent of the public spending, which is meant for the economic development and welfare of societies, and the reality of its use. These less-resourced recipient countries identified in our report have among the highest alcohol burdens in their societies, including the highest attributable deaths from alcohol.

Capital: Your report states that alcohol producer AB InBev is the ninth largest advertiser in the world, with global spending estimated at US $6.2 billion in 2017. Their spending on advertising rivals government health expenditures in all low-income countries combined-$6.5 billion in 2017. What is your reaction to this?

It is indeed shameful that a single multinational corporation’s budget for advertising should rival public expenditures for health in all low-income countries. As countries struggle to meet their health care needs, including the soaring costs of chronic diseases like cancer and heart disease, many of them continue to promote the very products (alcohol, unhealthy foods, and tobacco) that harm people’s health by causing such diseases. There is no room or economic justification for diverting public incentives towards a product that is contributing to more than 3 million deaths each year.

Capital: Many countries across the world vie to host the FIFA World Cup. In 2010 and 2014, among other years, FIFA required host countries to waive taxes on any profits made by FIFA’s commercial partners. This includes AB InBev, the event’s official beer partner for several years running. What is the impact of this on countries and those who watch the event globally?

Nandita Murukutla: FIFA, the international governing body for football, requires a host country to give tax breaks on any profits made by its commercial partners, including alcohol producer AB InBev. While the tax breaks allow AB InBev to reap substantial profits, it deprives the host country of millions in revenue that could have been used to improve the health and well-being of its people.

During the 2014 World Cup, FIFA required the host country Brazil to give tax breaks to FIFA, AB InBev and other commercial partners, totaling US $475 million-and yet, binge drinking, which causes many harms, is reported by 51% of alcohol drinkers in the country. In 2010, South Africa hosted the World Cup, and FIFA, AB InBev and other commercial partners reported receiving US $3.8 billion tax-free in revenue. However, South Africa experienced a $3.1 billion net loss from hosting the event and over half of alcohol drinkers engage in heavy drinking in the country.

Capital: Beer companies in Africa are aggressively subsidizing seeds for seed production, Ethiopia is also one of them, how does this affect countries?

Nandita Murukutla: So many more lives are harmed than are helped with these incentives to the alcohol industry. The Sobering Truth: Incentivizing Alcohol Death and Disability highlights an example of this in in Uganda, when global alcohol producer SABMiller leveraged a production subsidy of a local seed variety for beer production to encourage local farmers to produce and harvest it. This subsidy led to increased production and sales of a new low-cost beer in Uganda, created 100 permanent factory jobs and was hailed for advancing economic development. Given these successes, SABMiller initiated sorghum beer development projects in other countries across Africa, using the Ugandan model. Yet, the incentive also promoted the growth and sale of beer in Uganda, a country where alcohol use is the leading risk factor for premature death.

While governments have a responsibility towards their citizens to grow domestic economies, our report urges governments to do so in a manner that is sustainable and that will reap long-term benefits and the promise of the “demographic dividend” and growth anticipated in developing economies, including in Africa.

A move towards state of the art

How Anna Papadopoulos And Welella Negussie Are Empowering Ethiopian Weavers Through...